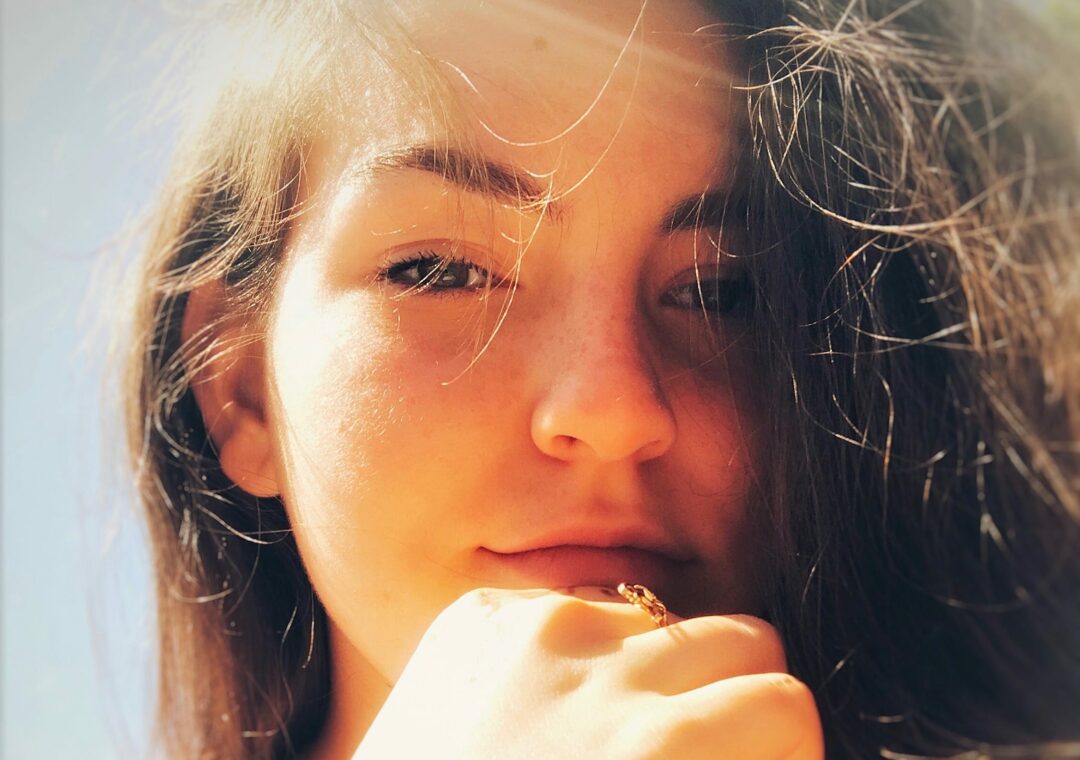 Alyssa Gelfand, above, died after a car crash in Guilderland in May 2017. While grieving her loss, her father, Dmitry, became inspired to use his filmmaking craft to honor her legacy. Provided photo

GUILDERLAND — Los Angeles-based filmmaker Dmitry Gelfand hopes his upcoming independent film, “My True Fairytale,” is one way he can help people realize the fragility of life and come to terms with how he was not with his 17-year-old daughter, Alyssa, when she died from a car crash on Hurst Road in Guilderland in May 2017.

Gelfand directed and wrote “My True Fairytale” which blends mystery, thriller and teen drama. Filming was done in mid-May 2019 in L.A. and it is in post-production now. Alyssa and her death serve as inspiration for the film’s main character, Angie Goodwin, portrayed by actress Emma Kennedy, and its main storyline respectively.

However, Gelfand — who also assumes the moniker, D. Mitry, in his career — said it does not closely follow what happened in real life. The film’s website describes the plot: “Angie Goodwin runs away after a horrific car crash to make her dream of becoming a superhero come true.” He added that it takes place in a fictional place in Florida called Gardenland, a reference to Guilderland.

When asked why he wanted to make a personal film, Gelfand said, “I wanted to create something that would not only heal me and my family but also possibly help a lot of people including our friends and the affected community, and possibly those beyond. In essence, it’s an inspirational film and making films is what I know how to do best. I know it may sound crazy but I feel close to her even after her departure.”

Alyssa was a junior at Guilderland High School, transporting two friends one evening but sustained fatal injuries when the car crashed into a tree. She died in hospital two days later but her friends survived. Guilderland police determined speed and the way the road dipped up and down — if one drives fast, their vehicle may briefly become airborne — contributed to the crash. In 2000, two teens perished in a car crash near where Alyssa’s crash occurred.

Gelfand explained that he and Alyssa’s mother had divorced a year before Alyssa’s death, the former then moving to Los Angeles to continue his filmmaking career and the latter relocating to Seattle. He said that he wanted their daughter to live in a stable place where she could attend high school without disruption because his career had him traveling around the country and even to foreign countries at times. After a family discussion, it was determined Alyssa would live in Guilderland with her grandparents.

When the crash happened, Gelfand received a phone call while he was in L.A. from Alyssa’s grandparents who said she was in hospital.

“I just remember at that moment that everything was in slow motion and you couldn’t comprehend anything at all,” he said. “It was like I was in a vacuum and everything was soundless and motionless. I also had to call Alyssa’s mother to tell the news.”

After Alyssa died, Gelfand said he went through several emotional breakdowns but one stuck out to him. “I distinctly remember I was taking a shower and I just started to cry and I remember thinking I have to do something because I felt her presence,” he said. “Maybe I was in denial but I felt she was there and I didn’t want her to go away. That was the first time I wanted to do this story.”

Then, he began reaching out to Alyssa’s friends in Guilderland, receiving support from his family and ending up writing the film’s script within five months. The film began taking form after contacting Barcelona-based cinematographer Pablo Diez who has done dozens of English and Spanish-language films, music videos and commercials.

“[Diez] gave me time to explain because the story touched him and then obviously, that gave him a reason to read the script which really touched him too,” Gelfand said. “Then, I started building a group of people who believed in me and this story, including the cast. It was like a chain reaction where one started to believe in the story, then another, then another.”

He said, “Were there moments on set where I got a bit emotional? Yes and that’s when I had to excuse myself for a few minutes. But at the end of the day, I’m a director and directing a film is a very technical thing. I want to leave the feelings for the audience to experience and I think Emma Kennedy was absolutely brilliant.”

“Without giving the storylines away, we’re dealing with a notion of what it means to be a superhero specifically,” Gelfand said. “One of the biggest points I’m trying to make in the film is that we’re all superheroes and we have a superpower called love that’s stronger than anything. It’s eternal and lives on.”

When asked how the film’s title came about, Gelfand explained that it refers to everyday life and how “we are living in a fairytale and it’s up to us to make it true. …  It’s hard to tell you the reason why the film is called that way without seeing it. Everyone will have a special meaning.”

He, however, disagreed that the film was a way of saying goodbye to his late daughter although it partially provides some closure for him, as well as for the rest of their family, friends and the Guilderland community. It has also made him reflect on how he was not with his daughter when the car crash happened.

He revealed that he last saw her in person three weeks prior when they visited Syracuse University, where she expressed interest in attending.

“I flew from L.A. and took a trip with her there,” he said. “She didn’t tell me what she wanted to do in the future but she was interested in many things like singing, media, entertainment and even planes.”

Looking ahead, while a release date has not been confirmed, Gelfand hopes the film will play in film festivals but also believes it could end up in theaters or Netflix. “We have a very meaningful and beautiful story and whatever happens with it, I’m going to do everything in my power to ensure we have a big screening for family and friends of Alyssa, and hopefully for other people in the [Capital Region] area,” he said. “For me personally, this continues Alyssa’s legacy and her message will live on.”

While Gelfand thanked his cast and crew, he said Alyssa helped him write the film. “She’s present in my life every single day and I think she would embrace this film very much because of its nature and message,” he concluded. “And I’m so thankful to every single soul that’s helped me with this project.”

View the trailer below: