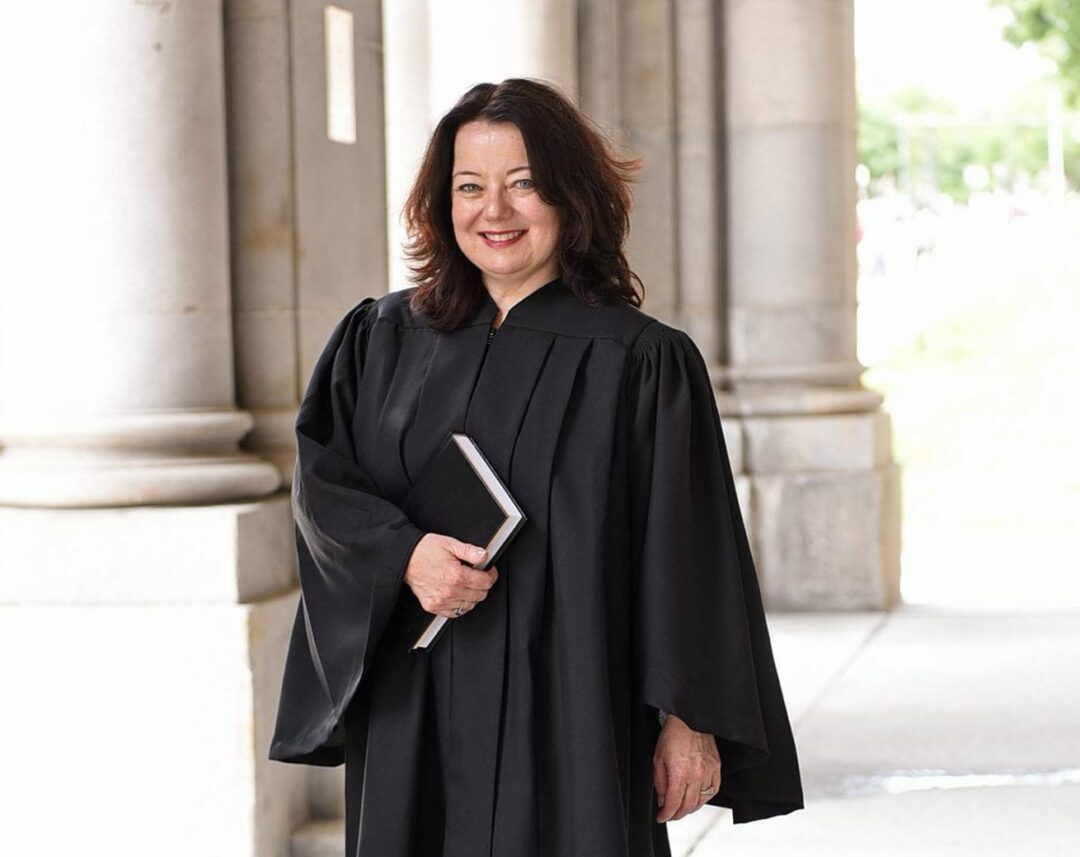 Napierski was appointed Guilderland town justice in April after the resignation of Richard Sherwood, who was convicted on felony charges. She immediately made it known that she intended to run to keep the seat in November.

According to the complaint that was filed on Thursday, July 19, Napierski was contacted by a GDC member in mid-May and told that the committee would “be very angry” and not support her candidacy. She was allegedly told to withdraw from the race and endorse opponent Bryan Clenahan, an attorney who serves on the County Legislature and serves as counsel to state Senator Diane Savino.

Clenahan is also the son-in-law of Denise Randall, who holds one of the three Town Justice positions in Guilderland. According to the lawsuit, he also works for her private law firm.

The crux of the suit is based on the way in which the party chooses candidates that will appear on the ballot in November. While most parties choose to hold primary elections, the law also allows for a caucus to be held—a gathering where a public vote is taken by attending party members. While the former method is more widely used, the Guilderland Democratic party chooses its members by caucus.

The caucus for the 2018 election is scheduled to be held on Thursday, July 26, in Tawasentha Park. The suit alleges that the location is unconstitutional in that it can’t accommodate the 9,200 registered Democrats in the Town of Guilderland, nor those with disabilities, and because admission to the park requires paying a fee or showing proof of residency. All of these things, in addition to the fact that there are two other events being held at the park that day—thus further limiting parking—could limit the ability of Democratic voters to participate in the caucus.

That, the suit alleges, is on purpose and intended to ensure that the GDC can select its favored candidate. As there are less than 6,000 registered Republicans in Guilderland, the Democratic candidate is likely to take the seat.

“By relying upon its unconstitutional, unlawful, and markedly unfair caucus system,” reads the complaint, “the GDC has ensured that it retains the entrenched ability to hand-select the public officials of the Town of Guilderland.”

Also named as a plaintiff in the lawsuit is Napierski’s father, Eugene Napierski. He suffers from a nerve disorder that limits his mobility and requires him to use a wheelchair or motorized scooter. According to the lawsuit, the single handicapped parking spot and lack of handicapped accessible facilities effectively leaves him disenfranchised.

A motion for a temporary restraining order and preliminary injunction has also been filed and will be heard on Monday, July 23, at 2 p.m.before before US District Chief Judge Glenn Suddaby in Albany.

Calls to the GDC have not yet been returned and Albany County BOE Democratic Commissioner Matt Clyne declined to comment. This story will be updated as more information becomes available.

Napierski was in the news earlier this summer after writing a letter to the editor of the Altamont Enterprise admitting that her license had been suspended for failing to show up for a court date to answer for a speeding ticket she received last November.

“I regret this mistake very much,” she said in the letter, which the Enterprise wrote about on July 12. She also said she “wanted to let the public know about this matter before the Democratic Caucus on July 26 in Tawasentha Park and the general election in the fall.”

A salon that offers Great Clips