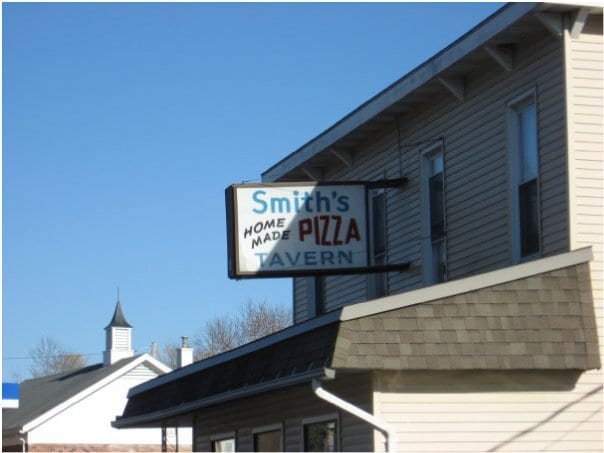 Smith’s Tavern to close permanently May 27

VOORHEESVILLE — Jon McClelland, and his partner, John Mellen, will close the doors at “Smitty’s,” as it has become affectionately known, for the last time on Saturday, May 27.

Since the closing date was announced, the restaurant has been noticeably packed every night with customers who presumably want to eat one last pizza, make one last memory, express their appreciation or sadness, and buy pieces of the tavern as memorabilia.

McClelland and Mellon signed a purchase agreement with Stewart’s last year, which would allow the convenient store chain to buy the pizza shop if the Village of Voorheesville approves Stewart’s plans for the site.

Stewart’s would use the new location to relocate their current Voorheesville Stewart’s at 42 South Main Street to Smith’s Tavern on Maple Avenue.

Stewart’s intends on gaining approval to sell gas at the location as its current Voorheesville location does not sell gas. The site would not need to be rezoned.

The Saratoga Springs based company is going through a re-branding initiative that will expand its stores to allow pizza, sub stations and other grab and go food options to be added.

Smith’s – known locally as Smitty’s – has been given the option by Stewart’s to relocate to the current Voorheesville Stewart’s shop.

Should Stewart’s gain approval to operate gas pumps at Smith’s, the new Stewart’s would be located directly next door to an existing gas station, a Mobile, operated by the Rehman family.

Smith’s Tavern was opened as a hotel in 1937. Before World War II, in 1945, it became a tavern, owned by Frank L. Smith, who lent his name to the restaurant. Smith’s was later owned by his son, Frank Smith Jr., who introduced hand-made pizza, and operated the business with his wife, Gert. McClelland and Mellon bought the tavern from Frank and Gert Smith in 1991.

Smith’s Tavern’s last call will be on Saturday, May 27.

Editor’s Note: The printed version of this article in our May 24, 2017 edition stated “last call will be just before the village’s Memorial Day Parade.”

SPOTTED: Shaker gets by Bethlehem; heads to Class A finals