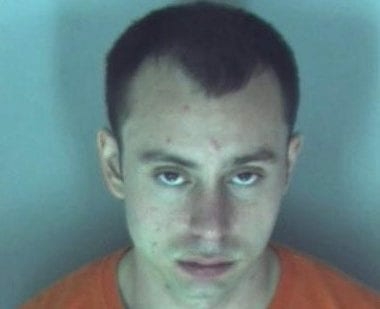 ALBANY – A 25-year-old Guilderland man, out of prison since only Oct. 13, stands charged with breaking into a UAlbany dorm and raping a female student.

UAlbany Deputy Police Chief Aron Mull said police received a call form the woman at around 4 a.m. to report she had awoken to a man sexually assaulting and that he had just fled the Stuyvesant Tower dorm.

There was a warrant put out for Casatelli’s arrest and he turned himself in Sunday afternoon. He is not a student at UAlbany.

According to state records, he was incarcerated on July 19, 2012 for attempted criminal possession of a controlled substance. He would have been on parole until April, 2017.

Mull said It’s unclear how Casatelli gained entrance to the dorm, which requires a swipe card, but Mull said the most likely scenario is another resident gave him access without knowing his intent.

He said every indication is that Casatelli and the victim did not know each other. There were no weapons implied or displayed.

Casatelli pleaded not guilty to the felonies of first degree rape and burglary in Albany City Court Monday afternoon and was remanded to the Albany County jail without bail.