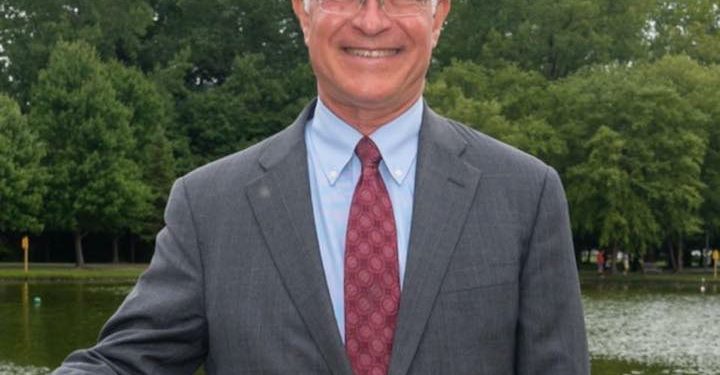 Throughout the semester, students participating in business law have been gaining an introductory view and understanding of the legal system and laws. As part of the course, students also have the opportunity to interact with guest speakers like Steck to gain a deeper understanding of court systems and trial procedures as well as other aspects of practicing law.

“Having guest speakers helps to bring classroom material to life,” said CCHS Business Law teacher Elizabeth Stone.  “It reinforces what’s been taught in the classroom in a real and meaningful way. You also never know what seed is planted for the students in regard to potential careers based on what a speaker shares. Lastly, it also provides a great connection between the community and our school.  We have been fortunate to have speakers who are very approachable and willing to share their expertise.”

Steck shared more information about the courts with students on Friday as well as his personal and professional experience leading to the career he has today.

“You can get this from sports or from band while you are in school but the bottom line is that you have to have the drive,” Steck said, “and if you want to win—you have to work long and hard to get there.”

Steck was elected to the Albany County Legislature in 1999 from the District centered in Menands. He was re-elected three times. In 2012, he won the Primary and General Elections to become the representative of the 110th Assembly District.

CCHS senior and participant in the class Sofia Sanzo said she believes having guest speakers are beneficial to her as it prepares her for the next phase of her educational journey in college.

Sanzo is set to study pre-law at Le Moyne College in the fall of 2023. “What really hit me with today’s presentation was hearing about what it takes to be successful,”  Sanzo said.

“I plan to play soccer at Le Moyne so when he referenced the commitment needed for a win professionally or as it relates to sports, I can totally relate. I love hearing the different perspectives from the professionals that they bring in to talk to us.  It really makes me excited for what’s to come next,” she added.

Assemblymember Steck is one of five attorneys with Cooper, Erving, and Savage LLP who will be presenting to Ms. Stone’s Business Law classes in the College and Career Planning Center throughout the school year in their area of law expertise, as well as sharing personal career journeys. The Honorable Christopher Flint, Village Justice of Menands as well as Carolyn George, a personal injury litigator at Cooper, Erving, and Savage are among the other attorneys who will present on areas such as criminal law, civil law, contract law, and more throughout the year.