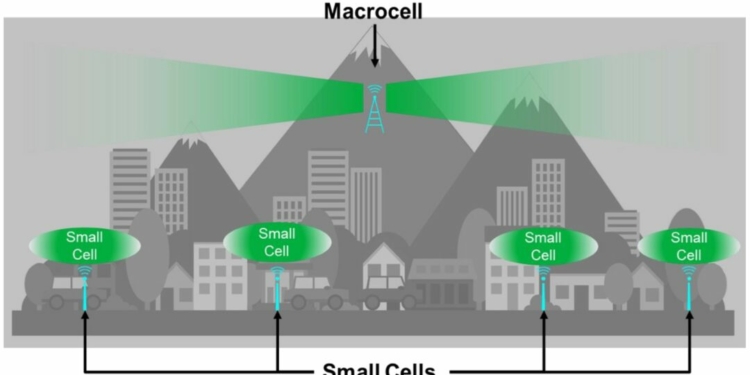 COLONIE — The Town Board, at its last meeting, unanimously voted to pass a local law to improve cell service by streamlining the installation of small wireless facilities.

The local law will allow cell carriers to apply for work permits to install nodes — or small, low-powered antennas — on town owned poles, buildings and other structures. The carriers would apply for a permit and the Department of Public Works would oversee the work including the structural integrity and the appropriateness of the proposed location and the aesthetics of the node itself.

The nodes can carry a cell signal some 2,000 feet and are meant to fix dead zones between major antennas where cell service can drop off.

“We have a number of dead spots in our town, across our town, that has risen to a public safety issue. Time and time again I have heard from the chiefs of the fire departments and our Police Department and our EMS squads that all too often calls for help are dropped,” said Supervisor Peter Crummey, who incorporated improved cell service into his winning campaign last year. “In this world, when so many people depend on cell service as possibly their number one  method of vocal communication, it is imperative we provide any opportunity we can to encourage the enhancement of cell service for the citizens of the Town of Colonie.”

To install a major antenna, a cell provider would have to apply to the Building Department. The application is then forwarded to the Planning Board, which has some role in the process like aesthetics and buffering to limit the impact on neighbors. The Federal Communications Commission, though, has the majority of control of the tower installation so long as the proposed site is zoned appropriately.

Similarly, in a 2018 ruling that went into effect a year later, the FCC outlined how municipalities must deal with small cell facilities applications including the timeframe from the time of application to approval — 60 days for a proposal that uses existing infrastructure and 90 days for one that requires a new pole.

Unlike the major towers, that can be as high as 140 feet, like the one recently approved for Watervliet Shaker Road, the small cell facilities can be mounted on street lights, telephone poles and buildings. The antenna on the major towers can be several square feet while those on the small facilities are about the size of a large pizza box. There is equipment necessary to operate the antenna on a small cell facility but it too can be mounted on the same structure as the antenna.

The coverage area on a large cell tower can be up to a few miles, the coverage of a small cell antenna averages about 100 yards, according to Techtarget.com.

The small cell facilities are being deployed more frequently across the country with 5G networks becoming more popular to not only help cover dead spots, like in the case of Colonie, but also to improve and maintain the speed of the network in densely populated areas like New York City.

There are several advantages to the smaller services than a major cell tower including the cost, the size, the number of places they can be installed and because they are so small and unobtrusive they do not impact landscapes or adversely impact neighborhoods. In other words, they do not have to be disguised as a pine tree, as many have, to better blend into the existing view sheds.

The Town of Colonie can charge carriers but the FCC warns the fees cannot be excessive.

“The FCC has suggested ‘presumptively reasonable’ safe harbor application and use fees but has not placed caps on fees,” according to Fierce Wireless, an online magazine. “Local governments are not prevented from charging fees higher than the suggested amounts, but should a carrier choose to litigate over a government’s higher fees, the local government must demonstrate that its fees are based on a reasonable approximation of its costs and that its costs are ‘reasonable’ and no higher than fees charged to ‘similarly-situated competitors in similar situations.’”

Recommended fees are $500 for each application up to five small wireless facilities with an additional $100 for each additional node, $1,000 for a new pole intended to support one or more node and $270 per year after the initial application.

Jonah Michel is capturing the Capital City’s vibe, one ‘Instagram moment’ at a time