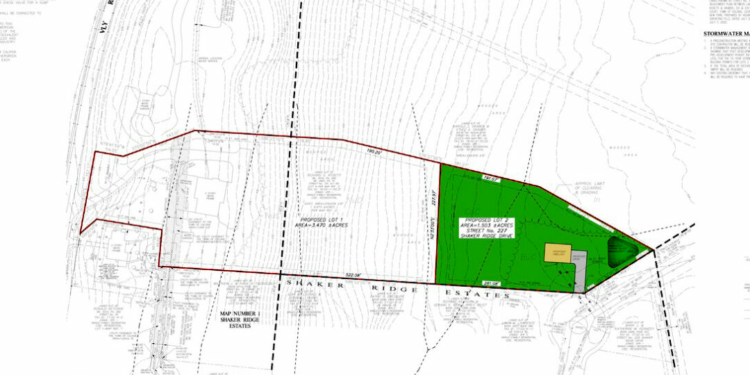 COLONIE — A two-lot subdivision on 4.9 acres of land on Vly Road was put on hold until wetlands are officially delineated by the federal government.

There is an existing home on the lot and the proposal would separate 1.5 acres for a new home. A subdivision this small generally does not come before the Planning Board but it was part of a larger, four-lot subdivision done a few years ago and it had to come back before the board for a revision.

The project was presented by Nick Costa of Advanced Engineering on behalf of Richard Rosetti.

It was in front of the board for a public hearing and a final site plan consideration.

Mark Kennedy, who lives on Shaker Ridge Drive, said he had concerns about the “consistency of information” related to the project as it has progressed through the planning process.

“The original subdivision had 50-foot setbacks along the back and  question why it has gone to narrower setbacks,” he said.

Linda Lawrence, who lives on Sonia Place, said when they built their home some 30 years ago, they were told it was wetlands behind it and it would never be built upon.

“We understand things chance but the front of this house would literally be looking at my back yard. We have an in ground pool back there and we are out there all the time,” she said. “I am wondering if there will be any woods between the two. I would think the new owners would like that as much as we would.”

The board did not vote on the final site plan and the public hearing was adjourned until the wetlands issue could be straightened out.