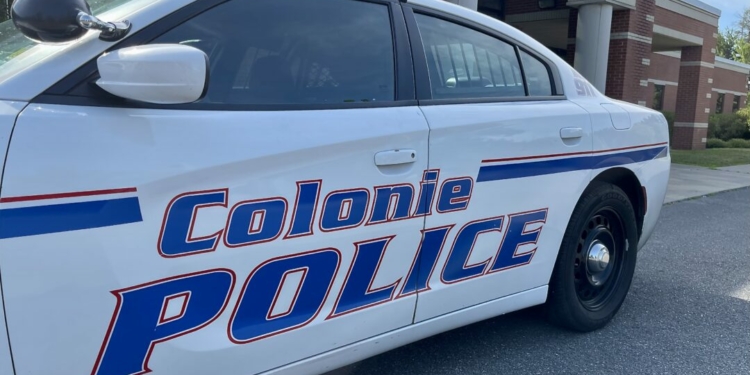 COLONIE — After four years of seeing crime remain relatively steady, the town saw a nearly 20 percent spike from 2020 to 2021, according to data released by the state Department of Criminal Justice Services.

Index crimes are a combination of violent and property crimes. The number of violent crimes — murder, rape, robbery and aggravated assault — remained at 83 in Colonie after seeing a spike from 62 in 2019 to 83 in 2020.

By far, the most common property crime committed is a larceny. According to the DCJS data, larcenies made up 85.7 percent (1,984) of all index crimes committed in Colonie in 2021 and the number of larcenies increased by 18.3 percent from the 1,677 reported in 2020.

The most obvious reasons, said Colonie Police Chief Mike Woods, are the town’s centralized location and the large number of large retail outlets that call it home. Large retail stores are easier targets for shoplifters than a the smaller stores that are easier to monitor.

Another, less obvious reason Woods said, is bail reform, a state law passed in 2019 that removed cash bail for most misdemeanors and a host of non-violent offenses. It is not uncommon, he said, for police to arrest a person for shoplifting, for example, process the person on the misdemeanor and let him or her go and arrest him a short time later for the same offense at a different location. And the cycle repeats.

“These are reported crimes, but we know that since the inception of bail reform we are arresting repeat offenders. Sometimes within days if not hours we are arresting people for the same property crimes,” he said. “That is not all of it, obviously, but we do know recidivism rate has gone up since bail reform. There is a risk/reward factor, and they know that if they get caught they will get released so there isn’t any real risk.”

Earlier this year, the state did modify bail reform but it still restricts judicial discretion in minor cases and the adjustments did not go far enough, Woods said.

“The whole point, from the state Police Chief’s Association, was to give the judges back judicial discretion but, under the new bail reform, the judges must still utilize that least restrictive method of ensuring someone returns to court,” he said. “They did not remove the requirement that bail must not cause undue hardship so you are taking away that discretion from the judges.

“They modified it a little bit but we are still arresting people and letting them go and they are committing more crimes.”

He said law enforcement and the judiciary does understand the principle behind bail reform — someone without the means to make bail should not be punished more severely for the same crime than those who have the cash to post bail— but the statute as it stands goes too far and does not allow any discretion regardless of the particulars of an individual case.

Also, as with every aspect of life, COVID did play a factor. Many retailers were closed in 2020 and while things started opening back up in 2021, there was still near universal economic uncertainty.

“I’m sure to a degree [COVID] had an impact with people out of work and having financial issues but it is hard to say for certain. We don’t analyze each person who commits all these crimes so it is hard to say what the reason is,” said Lt. Daniel Belles, the department public information officer. “COVID came right after bail reform, which limited our options after making an arrest, so it was a perfect storm of different things happening in our system.”

Woods said many of the reported larcenies as of late are from vehicles, and many of the vehicles are those left unlocked. One way the department has addressed vehicle larcenies is for officers to patrol on bicycles if they know there is a neighborhood that is a hot spot. The advantage, he said, is there are no headlights.

“Many of the neighborhoods are kind of dark and as soon as they see a headlight, they duck behind a bush and we never see them but on a bike they don’t see us coming and that has resulted in us finding the crimes in progress,” he said. “Sometimes, you can do things on a bike you can’t do in a police car.”

Supervisor Peter Crummey, a town judge for 21 years before giving up the robes to run for the town’s top spot, said many of the larcenies are due to the underlying issues of addiction and untreated mental health issues.

Judicial discretion, he said, and having the ability to put someone in jail, or at least set bail, acts to “slow them down” and not only benefits the community at large but also the defendant.

“When I would hear they arrested someone at Macy’s, and then Sears and then Boscov’s and there are a number of courts looking for this person, I would go over for an arraignment and set bail,” he said. “The court was, many times, the last line of opportunity for someone to get ‘slowed down.’ I can’t tell you how many letters I received as a judge saying ‘Thank you for slowing me down. Sending me over [to jail] so I could collect myself and make decisions about my life.’”

Just letting someone go who is in the throes of an addiction run on whatever the drug of choice happens to be doesn’t do anyone, in particular the defendant because the number of answerable offenses will add up and eventually catch up.

If they are entered into the system, he said, they are held accountable and many times can get the help they need before things spiral completely out of control.

“Unfortunately, on Jan. 1, 2020, those opportunities for people to be held accountable went away,” he said. “We implemented a system of catch and release which meant all of those folks were denied opportunities to get some early intervention and help and become accountable for all of the allegations from the other courts.”

“If you release someone taking items that don’t belong to them to feed an addiction, it shouldn’t be a surprise to see them commit the same act in the same day to feed the same addiction,” he said.

As supervisor, he pointed to the resources spent by the police officers who first arrest someone, often numerous times, and then have to go out and find them again to answer the charges.

“And in the end, what is accomplished,” he said. “We expend more resources and the defendant doesn’t get any help and ends up with more charges.”

As to the most recent crime numbers in his town, he said while there are some 85,000 people who live in Colonie during the day, the “Capital District’s Downtown” has in the neighborhood of 250,000 who come to Colonie to work or shop.

“It has made it interesting for Colonie. We are now responsible to care for that many people in so many ways, not only police and the courts but our Water Department and Sewer Department must also deal with that many people,” he said. “It makes it much more challenging than serving just our 85,000 people.”

He said he fully supports the Police Department and its efforts and while the numbers are concerning, much of what is behind them is beyond the town’s control.

After six years without a murder, there were two in Colonie in 2021. In April, Marek Kokoszko killed his wife before committing suicide at their Boght Road home. And in May, Xiaa Price was shot to death at the Motel 6 on Curry Road. Three men, Paul Streeks, Desirique Johnson and Kenneth Spencer, stand charged with shooting Price once in the head during the commission of a robbery at the motel.

There has been one murder this year. In February, 33-year-old Nicholas Pantoni was arrested for beating to death his 82-year-old grandfather on Arcadia Court. The last murder in town, prior to three mentioned above, was the brutal killing of hairdresser Jacqueline Porreca at the Recycled Hair Salon on Sand Creek Road. Two men, Sean Moreland and Michael Chmielewski, were convicted of the crime and are currently serving prison sentences.

In the Village of Menands, which is within the Town of Colonie but has its own police department, index crimes dropped from 131 to 107 from 2020 to 2021. Violent crime did double, though, from three in 2020 to six in 2021 thanks to the village seeing three more incidents of aggravated assault. The village saw the largest drop in larcenies, from 111 to 87.

The Albany County Sheriff’s Department, though, answered 44 percent less index crime calls from 2020 to 2021, according to the DCJS.

Nationally, the crime rate for 2021 is not as cut and dry since the FBI did not release any data because, the agency said, not enough local law enforcement agencies complied with voluntarily passing along data as they have in the past.

According to the FBI, only about half of the country’s 18,818 law enforcement agencies reported their statistics so the agency could analyze national crime trends, an exercise it has been doing since the 1930s.

After announcing a change was coming in 2015, in 2020, the FBI changed the way it required the local agencies to collect data, according to Time magazine, and while the new method — National Incident Based Reporting System — does have more specifics of the crimes committed the system is more expensive and more labor intensive than the old way of collecting data, the Uniform Crime Reporting System.

Nevertheless, according to the FBI homicides in the U.S. increased by 29 percent in 2020.