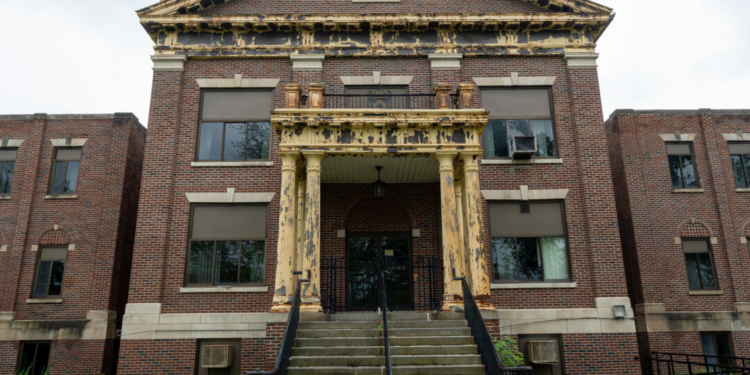 The Public Works Committee of the Albany County Legislature voted recently to spend $1.9 million to raze the building that has been vacant since 2008 when two Albany County nursing homes were combined and moved into what is now known as Shaker Place Nursing & Rehabilitation Center.

The plan is to make the site shovel ready for future economic development, Davide Latina, commissioner of the county Office of General Services, told the committee, where the plan had bipartisan support. It will need to be approved by the full Legislature before the money can be spent.

Latina was not aware of any interested developer at the present time.

“That is beyond my scope,” he said. “The areas is up and coming and this will make it a site ready for construction in case anyone wants to do something with that site. We believe this is the best use of this land, that is not being used right now, for economic development.”

Despite being on the Shaker Heritage Society site, the Ann Lee building itself is not historic and was not built by the Shakers. And, despite its name, Ann Lee, the renowned Shaker matriarch, did not live there. She died at the site in 1784 and is buried just a few hundred yards away. Albany County named the nursing home as a way to honor the Shaker community’s founder.

“The only reason it is considered historic is because it is on a historic site,” said Legislator Joseph O’Brien during the Public Works Committee meeting.

Latina said the county will extend an offer to the Historical Society to tour the building and take whatever artifacts they may want — equipment, ornaments or even fire place mantels — but doubts they will find anything of value, historically or otherwise.

The county will need to find another source of electricity for the Shaker site and that will be done while asbestos and hazardous materials are abated from inside the building. Shortly after, Latina said, the 12 to 14 week demolition phase of the project will begin. Ritter & Paratore, a construction company based in Utica, is the low bidder and Latina said a formal contract is expected soon.

Albany County purchased the site from the Watervliet Shaker Church Family in 1928 and since have demolished some 20 buildings. The county built the Ann Lee Nursing Home and at one time supported converting the 91,000-plus-square-foot building into a housing for homeless veterans.

That plan never materialized despite a 50-year lease with Soldier On, the organization spearheading the plan to re-use the nursing home for vets.

The Shaker site and the remaining buildings is along the ever-expanding Albany International Airport and is in an area considered desirable by developers.