Once built, plan is for state to purchase complex 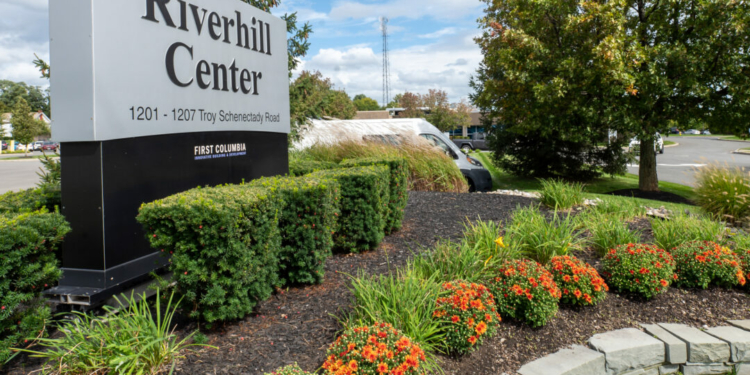 COLONIE — The Planning Board, by unanimous decision, granted the final OK to First Columbia to demolish an aged office building on Troy Schenectady Road and build a new, four-story 107,000-square-foot home for the New York State Insurance Fund.

Once constructed, the NYSIF will consolidate operations from Computer Drive in Colonie and Watervliet Avenue in Albany.

At the Tuesday, May 10, meeting the Planning Board learned once the buildings are built the state would purchase the property from Frist Columbia, which would take the complex off the tax rolls. In 2022, First Columbia, which has owned the site since 2005, paid $82,000 in town property taxes and $278,250 to the South Colonie School District, according to the town Tax Department.

Also at the meeting, it was determined First Columbia, “or any future owner,” would cooperate with the town to build a bike path connecting the network near the airport on British American Boulevard to the one that runs along the Mohawk River.

“We had agreed to come up with a solution if it was agreeable to the town,” Chris Bette, of First Columbia, said when the issue was brought up. “Where that died is the town needed to talk to the landowner behind us. We are 100 percent behind it. If the town determines this is a good spot to do it we are happy to help, we think it is a good amenity for the park.”

He said he is amenable to any plan outside of running the bike path through the parking lot.

Sean Maguire, head of the town Planning and Economic Development Department, read a clause into the final site plan that would require the landowner to “cooperate with the town” in making the connection, which he admitted is not an easy thing to accomplish.

There was some discussion about making the connection behind the Keller Motor Car Company as it expands and renovates its facility just east of Riverhill Center. Those plans, though, fell through amid opposition from neighbors living behind the dealership who didn’t want strangers riding and walking past their exposed back yards.

The four-story, 107,000-square-foot new building at Riverhill Center would be built to a “Lead Gold” environmental standard and include high efficiency equipment with solar panels on the roof and low flow fixtures to conserve water. Also, the general office use is a less intense use than medical use to it will generate less traffic, Bette said.

Renovation of the 43,000-square-foot building at 1203 would include the same environmental friendly features, Bette said.

“We commend the applicant for bringing forth a redevelopment project of a property that was initially developed some 30 years ago. It has gone through some life changes but this is a significant milestone,” said Joe Grasso, the Town Designated Engineer on the project. “The building they are proposing being Lead Gold is a tremendously high standard.”

Traffic was a concern and access to the site will not change — with a signalized light onto Route 7 and access to Rosendale Road.

A traffic study completed by VHB Engineering determined the site will generate 266 trips during the morning peak travel time and 251 during the afternoon. It is less than the 375 peak afternoon trips the medical office complex generated when it Kaiser Permanente called the site home.

The state Department of Transportation, which owns Troy Schenectady Road, determined the only modification required is a possible timing of the traffic light with other lights in the area to keep traffic flowing and make access onto Route 7 from other businesses along the corridor easier.

A dozen inmates charged for riot at Albany County jail