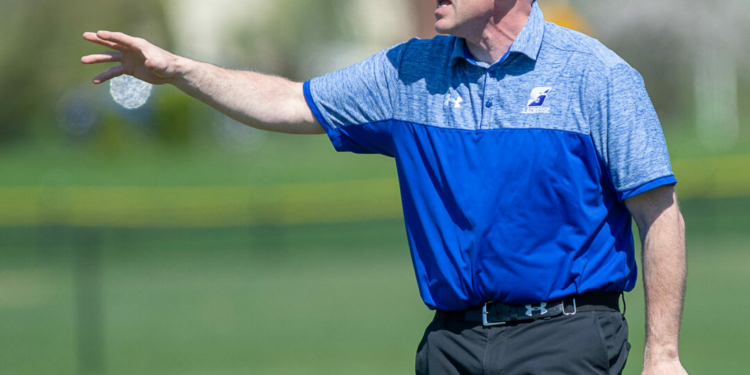 Shawn Hennessey has been the Shaker High boys lacrosse coach since 2007. He began his coaching career as an assistant at Siena College from 2002-04, took over the Shaker modified program in 2005 and was a varsity assistant in 2006. At the helm his squad won six straight Suburban Council titles, from 2011 to 2016. In 2017, his team won the Section 2 Class A championship and he was named coach of the year. The 1992 graduate of Shaker played lacrosse for Herkimer Community College where the team went undefeated and won the National Junior College Athletic Association championship in 1993 and 1994. He then played at St. Andrews Presbyterian College and then at Adelphi University where it was a first team All American. By day, he is a special education teacher in the North Colonie School District. He and his wife Tina live in Latham with children Eric, Michael and Parker. Their daughter Victoria and fiancé James also reside in Latham.

Q: Obviously, as a coach, you want to teach the game but what else do you hope your players take away from their time in the Shaker High lacrosse program?

A: The main goal every year is to give all the players a TEAM experience. It is important that we teach the life lessons of hard work, perseverance and dedication to something special like Shaker lacrosse. Our goal is to develop good, hardworking and respectful humans who will move on from our program and accomplish their goals and dreams.

Q: What makes a good athlete, regardless of the sport they play or the innate abilities they may have?

A: I would have to say passion. Passion, dedication and sacrifice allow players to develop because they want to work on their trade/skill. Some of the best players I have coached have made themselves better in one year once they made the decision to commit to themselves by using their skills and through training. Additionally, they have to be willing to sacrifice personal goals for the betterment of TEAM.

Q: Lacrosse has been a big part of your life. Why lacrosse? And how has it changed over the years?

A: When growing up I needed lacrosse more than it needed me. Everyone has their own personal strategies and techniques to deal with the stressors of life and the daily grind. It would be safe to say that from my playing days through my coaching days lacrosse still makes me a better person. I feel that lacrosse has changed over the years in technology, opportunities, skill level, the athletes and the rules to benefit player safety. However, when broken down to the roots, it’s still the same: run fast, play hard and get all players pulling in the same direction to accomplish your goals.

Q: You have the most wins of any coach in Shaker High lacrosse history. What makes a winning team? Offense? Defense? Intangibles? And why?

A: When you have all players believing you have a winning team. Xs and Ox are just a template and a guide used by the players to excel. It is our job as coaches to place players in a position to be successful and present challenges each and every day. Players win games through heart, hustle and execution. Normally, about half way through each year, captains and team leaders take over the reins and make the season their own. At that point, it’s my job to not get in the way and keep the ball rolling.

Q: Are there any particular coaches or former players or professional players who you look to for advice or who credit for making you into the coach you are today?

A: There is not enough room to list all of the influencers that I look to for advice and award credit to for the coach I am today. I study lacrosse all the time. I listen more than I talk when in a room of coaches and players. I think all my past and current players have taught me something and made me the coach I am today. Some noteworthy individuals are: Joe Pollicino, Paul Wehrum, Sandy Kapatos, Tad Knight, Mike Vorgang, Eric Williams, Stephen Rehfuss, Matt Woods, Tim Leahy and, of course, my wife Tina and mother JoAnn. However, like I stated, if you name a coach, player or friend, I can tell you how they helped me be the person/coach I am today.

If you would like to see someone featured in Five Questions contact Jim Franco at [email protected]  or 518-878-1000.