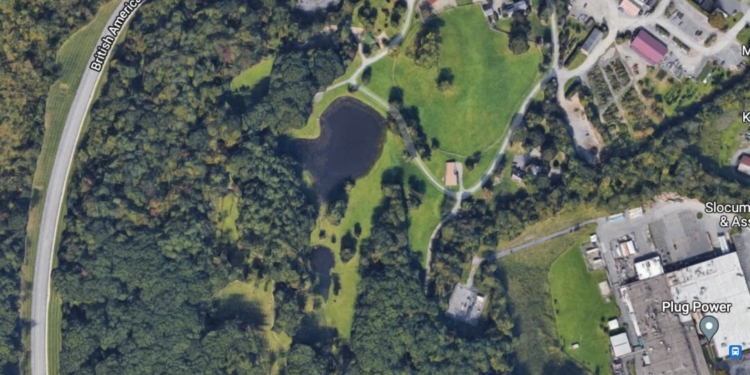 COLONIE — The Planning Board, at its last meeting, gave the final OK to a 180-unit housing project at a “special place” off Troy-Schenectady Road.

“This has been in my family for 100 years. I’m third generation and Matt is number four and it seemed like it was time to turn it over to other people to enjoy living in the space,” Jack Faddegon told the Planning Board on Tuesday, April 12. “It is a special place. Over the years we have made it better by putting in some ponds, and there are oak trees that three people can hug without touching hands. It’s a great spot and we are excited about it.”

In an unusual decision, the Planning Board granted Faddegon permission to shift the location of the buildings slightly if it would allow more trees to stand.

“We want to save every tree we can. Part of what we are hoping we can get from the Planning Board tonight is the understanding that if I can move a building 10 feet to the left to save a tree, we want permission do that. It is almost impossible to mark out every building ahead of time and say exactly where it is going to land,” he said. “If we can shift some things around a little bit to save some trees we would like your approval to do that.  We are thinking that would be a nice option to have.”

Sean Maguire, director of the Planning and Economic Development Department, read a clause into the approving resolution that would allow the buildings’ locations to deviate from the original site plan provided any modifications are approved by his office. Any change in elevations would need the approval of the Planning Board.

“I think it refreshing to hear someone say they would move a building to save a tree. I don’t have a problem with allowing it,” said Planning Board member Lou Mion.

Planning Board member Kevin Bronner Jr. said he would vote  in favor “so long as it doesn’t create a precedent, and there is proper oversight of it.”

Nick Costa, of Advanced Engineering and Surveying, said construction would take at least two seasons and offered to come back before the board to give an update of any modifcations made or proposed.

The project would combine two plots of land, one owned by Faddegons and one by British American, which has an office complex off British American Boulevard behind the future housing development. The land is zoned Commercial Office, but the Zoning Board of Appeals previously granted permission for residential construction by the newly formed partnership, Pepperwoods LLC.

The site is a unique oasis in the heavily commercialized Troy Schenectady Road area and there was no public opposition to the project due, in large part, because there are no residential neighborhoods near it.

There is a 1.5-acre pond, a second pond, wildlife like deer and a “resident heron,” a stream and natural plantings throughout the site. The plan, Faddegon said, is to keep 75 percent of the site natural.

“The outside is just as important as the inside,” Faddeson said. “We are not going to plant just in front of the building. Rather than a driveway in the front we are going to put a garden in the front yard. We think the whole site is a landscape. ”

The plan was first introduced in September, 2019 and was reconfigured to meet concerns of the town.

Access is proposed off British American Boulevard and the project, with 360 bedrooms, is expected to generate 128 new traffic trips during the afternoon peak travel hours.