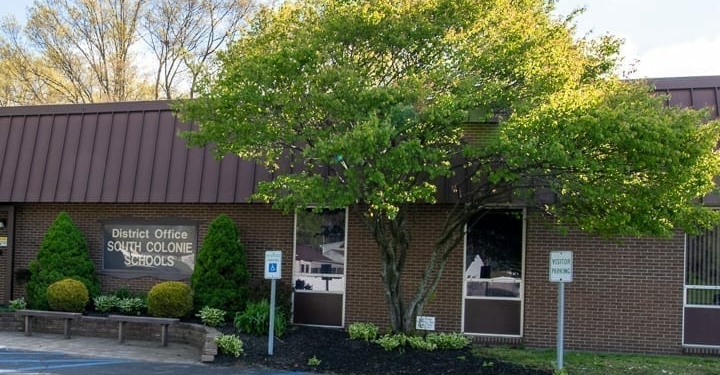 COLONIE — The South Colonie School District is asking voters to spend up to $1.9 million to purchase what is now home to Capital Region BOCES on Watervliet Shaker Road for a new transportation and operations and maintenance facilities.

Last year, voters gave the district permission to spend up to $2 million to purchase 57 acres on Broderick Street — located off Central Avenue at the end of Walker Way in the Village of Colonie — by a vote of 731 to 418. The property has not yet been purchased.

“As soon as we got the voter approval for the project we embarked on an extensive due diligence period where we did environmental studies, [looked at] wetlands and construction costs to build the property up and after seeing the obstacles we were encountering we decided to look at other properties,” said Jacqlene McAllister, assistant superintendent for management services and strategic planning at a recent budget presentation. “We came across the BOCES property and as we went through the property, and construction costs would be less. It would be a significant savings, at least $1.5 million, to the taxpayers so that is why we are asking the voters for permission to move forward.”

The purchase of the BOCES site and its six buildings is the first step and does not include the cost of renovating the facility.

Construction plans will be part of the Next Generation Colonie Capital Project referendum that will go to voters this fall. Details for this project have not been finalized by the Board of Education, but it will likely include renovations to the existing district office instead of new construction and will include renovations to every school building in the district.

Last year’s plan included building a new district office, which is currently on Loralee Drive, off Vly Road near Saddlewood Elementary School. It was built in 1971, according to the district, and not large enough to house staff and the boardroom is not adequate for public board meetings and there is not enough space for training. The building is in need of about $1.66 million in repairs and upgrades, according to a five-year Building Condition Survey.

The original bus garage building on Winston Place, off Locust Park near the Village of Colonie complex, was built in 1948 with an addition constructed in 1991. According to the district, there is inadequate parking for busses and staff, insufficient training space and the building needs some $1.7 in repairs and upgrades.

Operations and maintenance currently operate out of locations across the district.