SPOTTED: Into the Woods presented by the Lisha Kill Middle School Drama Club 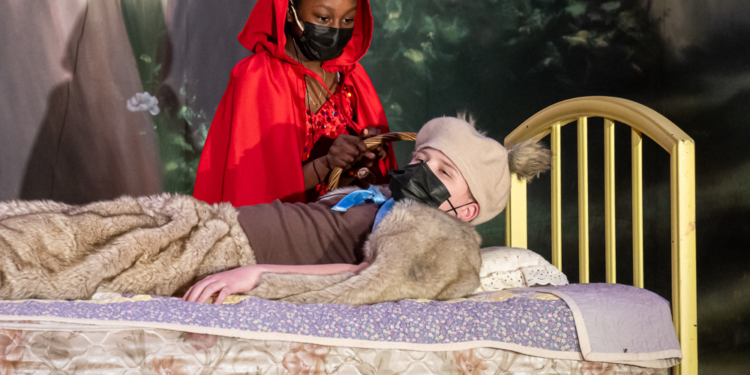 COLONIE — Take a trip Into the Woods this weekend with the Lisha Kill Middle School Drama Club.

The musical, written by Stephen Sondheim, based on a book by James Lapine, intertwines the plots of a number of Brothers Grimm fairy tales including Little Red Riding Hood, Jack and the Beanstalk, Rapunzel and Cinderella. A constant throughout the different scenes is a baker and his wife who are trying to start a family. It debuted in San Diego in 1987.

Other members of the cast feature Ameilia Sapienza as the stepmother, Vanessa Long as Florinda, Sadie Pugsley as Lucinda, Abigail Fiadjoe as Little Red Ridinghood, Abby Santspree as Jack’s mother, Emma Overly as the witch, Brian Nivins as Cinderella’s father, Christina Shamounian as Cinderella’s father, Amal Nasir as the mysterious man, Anthony Petramale as the wolf, Emma Mayhew as Rapunzel, Zachary Rowe as Rapunzel’s prince, Allison Babarczy as granny, Kai Poon as Cinderella’s prince and Alexa Rivett as the steward.

It is directed by Christine Meglino. The musical director is Michelle Cenci, set construction is by Abbie Pickett and costume design is by Maura Pickett. Sound design is by Brandon Malowski, lighting design is by Aram Taleporos, the crew coordinator is Samantha Becker and Linda Kennedy is the ticket coordinator.

Click a photo below to view a slideshow of the rest or click here if using a news app.