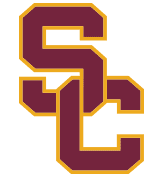 The South Colonie Board of Education Hall of Fame Committee is accepting nominations for the Colonie High School Hall of Fame, class of 2022.

The deadline to submit applications is March 5. Hall of Fame inductees will be announced in June at graduation.

Since 1994, more than 69 graduates have been honored in the Colonie Central High School Hall of Fame. The inductees represent a variety of high school classes and accomplishments. In 2010, a new military wing was added to the Hall of Fame — dedicated to those CCHS graduates who lost their lives while on active duty.

The purpose of the Hall of Fame is to identify role models for CCHS students and to illustrate to them that South Colonie Schools provide the educational foundation necessary to build a successful life.

• Are recognized at commencement exercises each year.

• Are honored guests at a reception for the inductees and family.

• March in the graduation processional on their induction year.

• Are recognized on stage in front of graduates, their families and invited guests.

• Are honored with a portrait and biography displayed on a plaque in the Hall of Fame hallway at Colonie Central High School.

Nominations can be submitted through the district website and hard copies of the Hall of Fame Nomination Application are also  in the office of Colonie Central High School, One Raider Blvd., Albany, New York 12205.

Students are eligible for nomination to the Hall of Fame 10 years after graduation.

Faculty/staff are eligible for nomination five years after leaving the employ of the South Colonie Central School District and must have a minimum of five years of service to the district.

The submission of a name for consideration will be made in one of six categories: medicine and science, business and professional, arts and entertainment, humanitarian and service, and lifetime recognition.

Once a candidate is nominated in a category, he or she will be evaluated using the following criteria: Exemplary achievements and recognition in their chosen field, outstanding citizenship, exhibits qualities of leadership and has made a meritorious contribution to society.

SPOTTED: Into the Woods presented by the Lisha Kill Middle School Drama Club