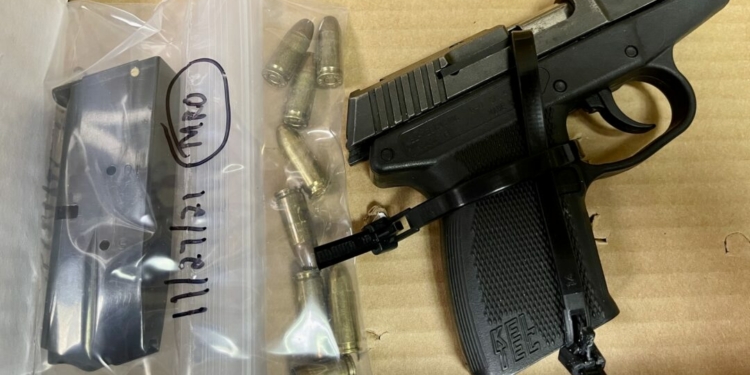 COLONIE — A 22-year-old Albany man faces a weapon charge after police investigated an occupied vehicle in the parking lot of Margarita City.

According to police, Sgts. Raymond Milham and John Rockwell spotted the vehicle in the parking lot of the Central Avenue bar and grill restaurant at around 2 a.m. on Sunday, Nov. 27.

After speaking with the occupants, said Lt. Daniel Belles, the driver, Oshane Johnson, 34, of Cohoes, was found to be impaired. He was taken into custody.

Another occupant of the vehicle, Jahcor Gordon, allegedly had a Keltec 9 handgun loaded with 10 rounds of ammunition in his jacket pocket.

A third person in the vehicle was taken into custody for an active warrant out of the City of Albany.

Gordon was arraigned on the felony of criminal possession of a weapon in Colonie Town Court. He was sent to Albany County jail but released after making bail, Belles said.

Johnson was arraigned on the misdemeanor of DWAI by drugs and the infraction of drinking alcohol in a motor vehicle. He was issued an appearance ticket and released.

The investigation is still active, Belles said, and anyone with information is asked to call Colonie police at 518-783-2754. To reports a tip anonymously, call the Capital Region Crimestoppers at 1-833-Alb-Tips or visit capitalregioncrimestoppers.com