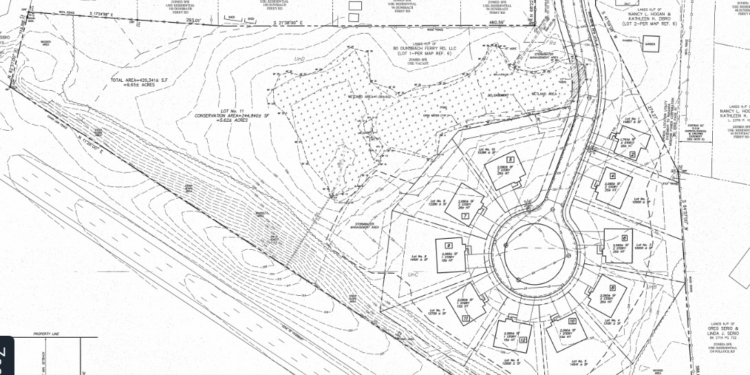 COLONIE —After several attempts and revisions, the Planning Board advanced a plan to build a subdivision off Dunsbach Ferry Road.

The number of issues when it was first introduced in April, 2020, have been addressed, said the Town Designated Engineer Joe Grasso.

There were initially two cul-de-sacs but that has been reduced to one and the one has been shortened so the new homes will be further away from the existing homes on Dunsbach Ferry.

The initial plan would have also cleared some of the natural buffer along the Northway and would have encroached upon protected wetlands. Both of those ideas are no longer on the table in the latest iteration.

“I think the plan we are looking at tonight is a substantial change and an improvement over all the previous plans,” Grasso said. “The applicant does a great job of addressing all the comments. He seemed to check all the boxes.”

There is still a question as to who will own the 5.6 acres of land that will be conserved. It could either be included in one of the lots or a number of lots and be deed restricted or the town could take ownership of the land.

The plan was presented by Nick Costa, of Advanced Engineering, on behalf of the applicant, Anthony Casale.

It must now go to the concept acceptance phase of the development process and then the Planning Board will have to approve the site plan before construction can begin.