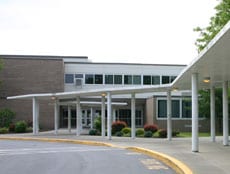 LATHAM — Residents in the North Colonie Central School District overwhelmingly approved a $125 million budget on Tuesday, May 19, by a count of 1221 to 428.

The budget increases spending by $7 million, or 5.9 percent, and increase the total property tax levy by just under 1.4 percent, which is the state mandated tax cap. That equates to a tax rate increase of about .5 percent or about $24 a year for the owner of a home with a full market value of $300,000.

“Many thanks to our North Colonie community for supporting this budget which will help us return from the pandemic stronger than ever. We appreciate and value the community’s commitment to education as a public good,” said Superintendent D. Joseph Corr in a statement.

In a close race for a contested seat on the Board of Education, voters picked Nicholas Comproski to replace the outgoing W. Ronald Von Dell. Comproski received 555 votes, Mary Alber was four behing with 551 and Shaker High senior Fox Rifenberg-Stempel received 428 votes.

Comproski is a seventh grade social studies teacher in the Troy City School District and an adjunct professor at the College of Saint Rose. The Shaker High grad has coached youth baseball, soccer and basketball. He is also a firefighter/EMT at the Maplewood Volunteer Fire Department where he holds the rank of lieutenant. He will serve a five-year term on the BOE.

The candidates do not run at-large but instead for specific seats on the board. The second seat went to Mary Nardolillo, who was running unopposed for another five-year term, with 1353 votes.

In this year’s budget state foundation aid, which is not earmarked for specific expenditures like building construction or transportation, will increase from $12.4 million to $15.4 million. The district also received $9.8 million in federal stimulus money earmarked for “evidence-based interventions” to help students catch up if they have fallen behind in studies due to COVID-19. Potential programs and ideas eligible for funding include summer school classes, extended days, afterschool programs and extended school years. It could also be spent on helping disadvantaged students, COVID-19 related expenses like sanitizing and the emotional well-being of students.

The budget includes funding for two administration positions. The first is a director of social and emotional learning and a middle school dean as well as the equivalent of five full time teachers at the new middle school building. There is also money allocated for six new positions throughout the district including the salaries for two elementary school teachers that will only be filled if enrollment continues to increase as projected.

The total expenditure for the 13.7 new full time equivalent positions is $1.4 million.

Staff salaries and benefits represent the largest increase, going to a proposed total of $102.2 million in 2021-2022 from $97 million this year and BOCES services will increase to $4.3 million from $3 million.

Statewide, 99 percent of the school budgets passed or are on track to pass, according to the state New York State United Teachers. Out of 501 districts who put their spending plans to the voters, just five failed to win support.

“Voters in communities across New York once again have shown that funding public schools at the local level is a top priority for their families,” NYSUT President Andy Pallotta said. “After more than a year of crisis, it’s clearer than ever before that public schools are the backbones of our communities, delivering not only an education to our students, but providing social-emotional learning, mental health services, meals and so much more. Investing in public education is investing in the future of our state. Clearly, voters agree.”