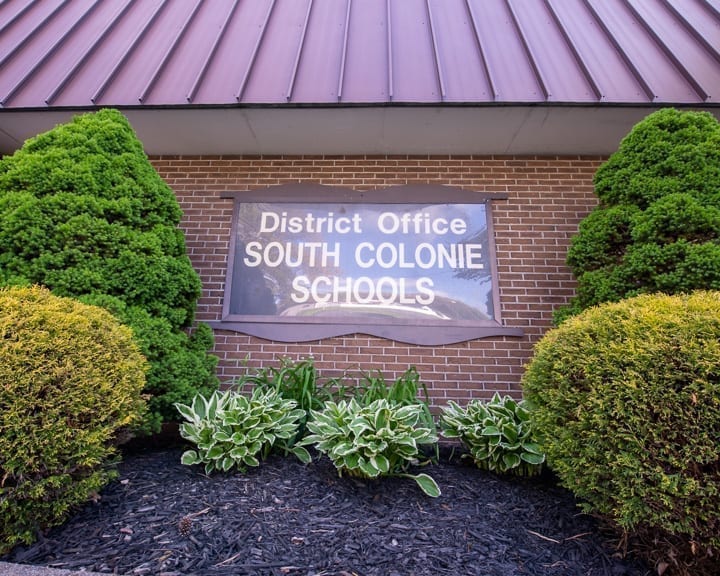 COLONIE — A proposition included with the vote on the South Colonie School District budget on Tuesday, May 18, is asking residents to approve spending $2 million to purchase 57 acres of land to build a new bus garage and district office complex off Central Avenue.

The district office on Loralee Drive, off Vly Road near Saddlewood Elementary School, were built in 1971. According to the district, it is not large enough to house staff, the boardroom is not adequate for public board meetings and there is not enough space for training.

And the building is in need of about $1.66 million in repairs and upgrades, according to a five-year Building Condition Survey completed in 2020 by CSARCH Architects

The original bus garage building on Winston Place, off Locust Park near the Village of Colonie complex, was built in 1948 with an addition constructed in 1991.

According to the district, there is inadequate parking for busses and staff, insufficient training space and the building needs some $1.7 in repairs and upgrades.

The land the district is looking to buy is technically four parcels located in the Village of Colonie currently listed as 96, 96A, 100 and 100 A Broderick St., a dead end road located across Central Avenue from the Goldstein Buick dealership, all owned by the Bianchine Family Trust.

If the voters approve the sale, said Superintendent David Perry, it would likely change to a Petra Lane address because that is likely where people will enter and exit. Walker Way eventually turns into Petra Lane.

“The family is working with the district on the legalities of the land acquisition but the first step is to get the approval of the residents,” he said. “We looked at several parcels throughout the town and the village and there aren’t many pieces of land that would suit our needs and this is close to our existing facilities and that is what attracted us to this property. We think it is a good value and a good proposition.”

While there are not concrete plans proposed as of yet, the rough idea would be to develop about half of the 57 acres and either keep the other half forever wild or make it into a park.

The district runs about 80 buses per day with each bus travelling about 15,000 miles a year transporting the nearly 5,000 students to South Colonie schools and private and parochial schools.

If the proposition is approved, the district plans to sell the existing buildings and land to help offset the cost of constructing the new facilities.

Global Youth Service Day at The Crossings in Colonie