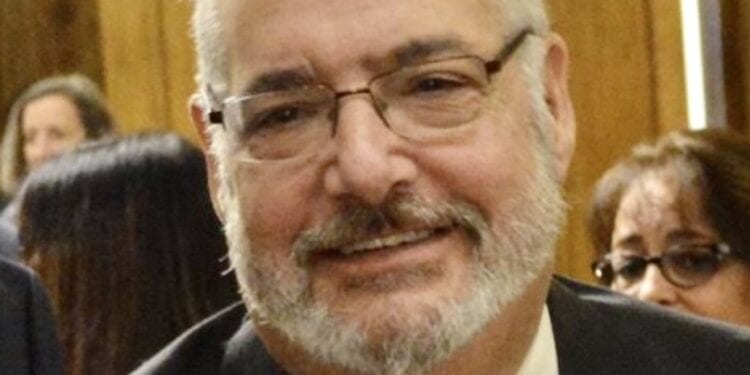 Paul Burgdorf is in his second term as an Albany County legislator representing District 23, which consists of parts of Latham, Loudonville and the Village of Colonie. He also serves as the Deputy Minority Leader of the Republican conference. Prior to that he served four terms on the Colonie Town Board and also several years as Deputy Supervisor. The UAlbany graduate worked at senior positions in construction industry associations, the state Senate and the state Dormitory Authority before retiring. This experience has given him background in state and local government operations and administration, public finance and construction. He has worked with and supported town youth sports organizations, the Mohawk Hudson Humane Society, the Colonie Youth Center, Colonie Senior Service Centers and remains a social member of the Stanford Heights Fire Department where he was an active volunteer fire fighter. He is a member of a number of fish and game clubs in the capital region. He and his wife Jane have three adult children; Jessica, Michelle and Paul lll who were raised in Colonie and has four grandsons.

Q: You have been involved in politics for a long time. Have you ever seen it so nasty and what do you attribute the nastiness to?

A: During the early part of my political activity virtually all campaigning was positive, emphasizing what you did for your community, or planned to do for your community. There were more subtle differences between the parties. At the present time the political parties are so far apart in philosophy that there is very little discussion and compromise. Some at the extremes of both major parties hold those who have different beliefs in contempt. This hurts us all. Now campaigns at the federal, state and local levels seem to rely too much on negative campaigning and intolerance of different viewpoints. Candidates believe that by tearing down their opponents, it brings down their opponent’s favorability and creates controversy to increase their name recognition. The rise and manipulation of social media, the bias of “independent” news outlets personal viewpoints and the syndicated columnists all add fuel to the negative nature of political campaigns. The advantage of being a county legislator in Albany County is representing a small, easy to walk district, where going door-to-door gives you an opportunity to talk to all your neighbors. Voters get to know you and make their decisions on your record and political philosophy. In the county Legislature I try to live by the rule that “you can disagree, without being disagreeable.”

Q: You have been involved in the workings of Colonie for a long time. How are things going in town and what needs improvement?

A: I have lived in Colonie for over 40 years and have watched the growth of the town. In my 16 years as a Town Board member, I voted for a number of property tax cuts, one small tax increase and budgets that mostly held the line. In the last 40 years the town has changed dramatically. Due to our quality of life and good schools, many have chosen and desire to move here. There are new developments and apartment buildings being added almost every month, and Colonie has become a very dense town with the attendant problems of traffic, transportation, water, sewer, poor cellular coverage and solid waste management issues. What was once a five-minute trip across town may now take a half hour. Many of our local streets are in disrepair and have not been paved in decades. The need to increase cellular capacity has become a critical public safety issue. Due to our central location in the region, we have about 84,000 residents who live here and probably over 200,000 people during the workdays. Open space is being rapidly diminished, and land available for development either creates tension between residential and commercial development or is difficult topographically to develop. While the tax revenue from development is desirable, we are on our way to looking like Queens, with development overwhelming our infrastructure. Despite the latest update of the Colonie Comprehensive Plan, the rise of local citizen groups opposed to many new developments is proof the town needs to do a better job of balancing development and open spaces. When I moved here there were a few small groups of neighborhood advocates. Now we have larger more organized neighborhood associations, and even a town-wide group to monitor and challenge the Planning Board and Zoning Board of Appeals approval of new developments. Many projects are perceived to be a threat to the quality of life people have enjoyed in their local neighborhoods. I hope the next supervisor and Town Board will consider changes to the Comprehensive plan, and Planned Unit Developments as well as some rezonings such as reviews of the density of some zones such as senior housing and apartment buildings. They should also encourage maintenance of open spaces and review conflict of interest and ethics reforms to give residents more confidence in the development processes.

Q: You are an avid sportsman and spend a good amount of time in the Adirondacks. For the last decade or so, more people and are headed to the mountains so how would you balance preservation of the Adirondacks with an ever increasing number of people who want to enjoy the outdoors?

My mom and dad bought some land in 1957 and we have been fortunate to have a family cottage ever since. Over the years we have watched development of million dollar homes and condominiums as more people “discovered” the Adirondacks. This past year during the pandemic the park has seen an unprecedented number of new and seasonal residents fleeing New York City and its suburbs, living in the Adirondacks full time and “working from home.” The Adirondacks are a public asset should be open to the public, but recent reports of large crowds, overwhelming the food and supplies in small towns, too many cars parking at trail heads, trail damage, and garbage disposal are troubling. If these issues go unchecked they will negatively impact the six million acre Adirondack Park far into the future. I believe the DEC should take a more active role in preservation, education, ranger recruitment and visibility in the Adirondacks. I hope that some of the problems we are seeing have peaked during the pandemic and will decrease when people feel safe enough to return to their pre- pandemic homes.

Q: Republicans have had a difficult few of years. What does the party have to change to become a viable party in this state?

A: The Republican Party needs a strong message to attract young people, non-enrolled voters and moderate Democrats who feel that the current Democratic Party has left their moderate beliefs behind. I believe there will be a return to voters wanting individual liberty, law and order, free speech, economic growth, and reasonable taxes. Republicans running statewide have a major disadvantage due to the enrollment edge of Democrats in New York City, increasingly on Long Island, the New York City suburbs and urban areas upstate. People fed up with high taxes and big government have voted with their feet and headed in caravans of moving vans to lower tax states. For the economy to grow we need to let people and businesses keep more of their money. The ever increasing use of state and local laws have added to the pressure on small businesses and taxpayers and created laws that are confusing to residents and businesses, costly to consumers, and reduced public safety. This is allowing large global corporations to squeeze small businesses out. This is certainly compounded during the pandemic. We also need to promote sensible environmental policies, which support a cleaner environment and a strong economy. We need improvements in healthcare, education and support of our veterans, seniors, and those who need assistance. There is a broad spectrum of voters who agree with these tenets, and we need to do a better job of communicating with them. I predict that the pendulum will swing more back to the middle, and Republicans need to be seen as the party of common sense that can solve problems.

Q: Who is one person, alive or dead, you would like to have lunch with and why?

A: Mariano Rivera, the Sandman. As a life-long fan of the New York Yankees and a Bleacher Creature (dedicated fans who sit in the right field bleachers), Mariano Rivera is one of my all-time baseball heroes. A 13-time All Star, five-time World Series Champion, who holds the record for most saves in Major League Baseball History (852), he is the first player ever inducted in the Baseball Hall of Fame by a unanimous vote (2019.) My family and I have been fortunate to see him play and win many times. If we were to have lunch, I think it would be one of the rare times in my life when I am at a loss for words. I would just bask in his aura of greatness, both on and off the field.

POINT of VIEW: The good and bad of bail reform