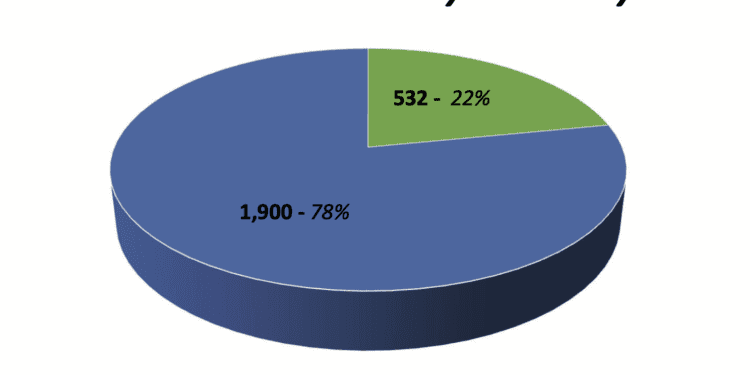 COLONIE — The town is looking for the public to comment on a draft report of the Comprehensive Police Practices Review Committee released on Monday, Feb. 1.

The 72-page draft report, released Monday, Feb. 1, the day this paper went to print, details the inner workings of the Police Department and, as per Gov. Andrew Cuomo’s Executive Order No. 203, outlines ways to “promote community engagement to foster trust, fairness and legitimacy and to address any racial bias and disproportionate policing of communities of color.”

Not sustained means investigators were “unable to verify the truth of the matters. The one referred to the detective office revolved around a man impersonating a Colonie police officer and the one sustained complaint was about a new officer not filing paperwork correctly.

Of the 23 complaints, one contained allegations racism according to the report. A man claimed an officer pulled him over because he was Black, but an investigation revealed there was probable cause for the traffic stop.

The report outlines how the department recruits officers, the fact it is a civil service position and the qualifications needed to take the test — complete 60 hours of college credit, be at least between 20 and 35 years old at the time of appointment and a resident of Albany County or a neighboring county with a preference given to town residents.

According to the report, the Colonie Police Department is practicing “procedural justice,” a philosophy which focuses on how officers interact with the public and how those interactions shape the public’s trust in a Police Department. The “four pillars” are treating individuals with respect and dignity, giving individuals a voice during interactions with police, being neutral while making decisions and conveying trustworthy motives.

“Not surprisingly, the Colonie Police Reform Committee concluded from its examination of the relationship that exists between the police and the Colonie community that the Colonie Police Department has long-engaged in practicing the principles of “Procedural Justice” without necessarily attaching that formal term to the process,” according to the report.

The governor issued his executive order to all municipalities with a police force after George Floyd was killed at the hands of Minneapolis police in July. A common theme of the protests and riots that followed was to “defund the police” but the governor instead ordered police to re-think how they do business and to build trust within the communities they serve.

Part of the examination is a de-escalation of conflict and restorative justice rather than punishment.

In Colonie, according to the report, there are two programs aimed at restorative justice, Youth Court, where young offenders satisfy requirements other than incarceration or other punitive measures, and mediation matters, which focuses on helping families resolve conflict.

One, unnamed committee member acknowledged that the town and residents have a good relationship but was concerned with out of towners who happen to interact with police. The response was that it would be impossible since there is not a pool of people to poll about the Colonie Police Department.

Another committee member asked if there should be an independent, civilian board to review allegations of police misconduct. The committee as a whole said the supervisor and Town Board are civilians and, as per state law, supervise the Police Department and if necessary can take disciplinary measures.

“Adding another Board or body of individuals to this mix would be an unnecessary duplication of cost and effort, particularly when the terms of new legislation and Executive Orders grants additional jurisdiction to the New York State Attorney General’s Office to investigate and prosecute certain types of alleged police misconduct, such as the use of deadly physical force in cases where the subject is unarmed,” according to the report.

The committee is headed up by Supervisor Paula Mahan and Police Chief Jonathan Teale. The town website has a link to the report and a portal to give public comment. A copy is also available in the Town Hall vestibule and comments can be mailed to Supervisor Mahan at Memorial Town Hall, 534 New Loudon Road, Latham, NY, 12110.

The town will accept comments until March 1 and there will be a number of public sessions before the draft becomes final.