DISCOVER LATHAM & BOGHT: Where is she now, Madison VanDenburg? 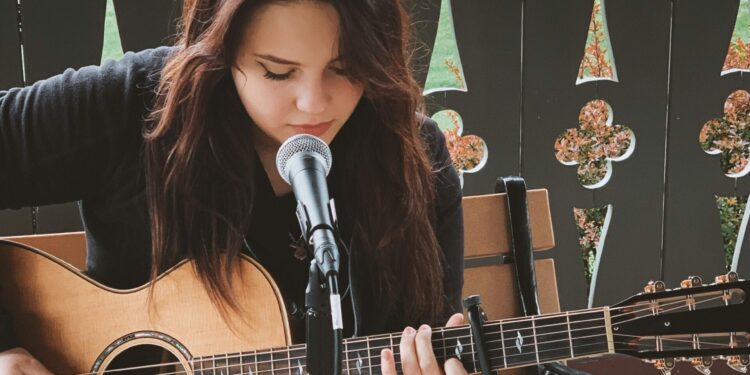 Processed with VSCO with a9 preset

Madison VanDenburg was one of three finalists on ABC’s hit television series American Idol. Running so far deep into the competition afforded the high school junior the opportunity to welcome the community on to the show.

The camera’s eye was treated to a pep rally atmosphere. Town Supervisor Paula Mahan declared the day as Madison VanDenburgh Day as she handed the teen the key to the town. North Colonie Superintendent Joseph Corr went on to share that, in the community’s eyes, she was already the American Idol.

The 18-year-old was the talk of a town that hadn’t yet stopped chatting about another one of their own who went on to wow television audiences. Moriah Formica was with VanDenburgh as Colonie’s pomp and circumstance pulsated through what Spotlight News’ Jim Franco described as a “wet, damp day ‘’ for thousands of cheering fans.

Local fans had a brief moment to reclaim VanDenburgh as their own. Within weeks they were introduced, fell in love and marveled at the dreamscape that had unfolded on primetime television. They watched as she struck Lionel Ritchie “speechless” and later appeared invincible singing alongside Pat Benatar.

It seems like a lifetime ago. VanDenburg did not sing the final number as that season’s American Idol, but the momentum of that experience continues to carry through to a music career.

Since her appearances on Idol she has been featured on TV and performed in front of live audiences coast to coast, from the San Francisco 49ers’ 70,000 seat Levi’s Stadium in Santa Clara to the Times Union Center in Albany, and in countless live streaming sessions on Instagram, Facebook and Twitch.

Known for her powerhouse vocals and commanding stage presence, VanDenburg has quietly spent the last several months developing her songwriting skills with solo and co-writing efforts. Now she is releasing singles from her first EP with a growing catalog of new material.

VanDenburg has remained busy with her music, performing live streams for audiences sequestered home during this COVID pandemic. The Palace Theatre featured her last week in its most recent episode of The Palace Sessions, a monthly series they produce with Mirth Films. She shared screen time with fellow television stars Formica and American Idol-winner Sawyer Fredericks. A week before, she was in Woodstock to perform at the Bearsville Theatre.

“Madison is a triple threat,” stated Ebersold. “Of course, she’s a powerhouse vocalist, and she can strum a guitar as good as the next person. But I think a hidden talent is the way her fingers fly across those ivories. There’s something so incomparable about the sound of a well-played grand piano paired with a strong voice on the same metaphorical circuit.”

Albany Symphony on the list for state “pop-up shows”