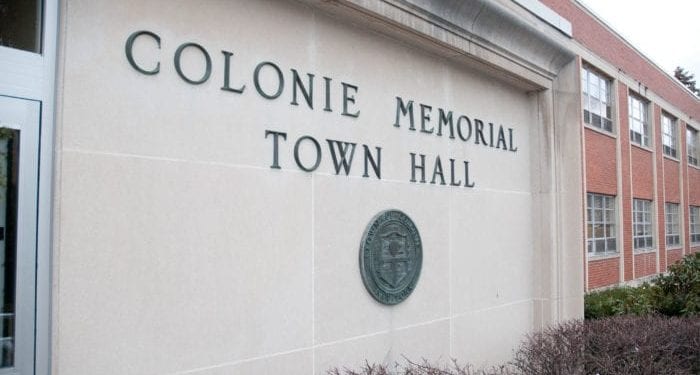 COLONIE — This spring, as the country was shutting down, the town asked department heads to cut their respective budgets by 10 percent to help offset shortfalls this year. With the uncertainty surrounding COVID-19 the only certainty, components of those cuts are carried through in the tentative 2021 budget to keep the tax increase within the state imposed 2 percent tax cap.

The economy is opening, albeit slowly, and revenue shortfall projections are not as bad as anticipated this spring, and if things continue trending towards a sense of normalcy, the cuts, including the equivalent of 10.75 positions will be restored on a case-by-case, basis based on a number of factors, not the least of which is need.

“We can’t predict which way COVID is going to do. We don’t know if we get a second wave, how will that effect us. We do have to factor that into the equation. We realize we have to take a step back and if everything shuts down again it will have a significant impact on our finances,” said Supervisor Paula Mahan. “Like all municipalities, we face the same challenges with sales tax and other revenue certainly being reduced. We are doing what we have to do to get to the number for the residents and continue to offer the services people are accustomed to.”

All told, the homeowner of a median valued home will see a tax increase of about $2.04 per month, said Acting Comptroller Chris Kelsey.

“In March or April we came to every department and said we need a 10 percent budget cut,” he said. “And we determined how much of that can be bring forward to 2021. Sales tax is coming back but we will have a sales tax revenue shortfall in 2021.”

To hit the tax cap, there are 10.75 positions open due to attrition that will not be filled in 2021. Five of those positions are within the Police Department — a detective, two patrolmen, an animal control officer and a dispatcher. There are nearly 600 employees on the town payroll.

With the five positions not filled and a reduction in overtime, the town is expected to spend $16.4 million on the Police Department, down from $16.8 million this year.

Earlier this year, the town was projecting a $7 million deficit and furloughed some 40 employees, mostly part-timers, in an effort to close a gap on the revenue side of the ledger. Last month, the Town Board voted to extend the furloughs for 14 employees to at least the end of this year.

“The Police Department came to us and said ‘we can do without these guys … for a little while,’” Kelsey said. “All the department heads were cooperative and came up with ideas on their own. They kind of played off each other and kept each other in check. Everyone was great in helping out.”

All told, the salary reductions equate to about 1 percent of the budget, or a little more than $1 million. Reductions in overtime and seasonal labor was cut by $81,000 and part-time labor was reduced by $270,000, most of which came from the library reducing its hours due to COVID-19.

The two areas driving the incrase in spending are pension and health care costs, which represent 30 perent and 69 percent of the overall increase in the 2021 budget, respectively.

The largest source of revenue is sales tax, and when the economy shut down municipalities across the state were hit hard. It is always a projection and with any projection comes a degree of uncertainty. Typically, to avoid a shortfall, municipalities budget on the low side because coming in higher and having extra money to spend is better than coming in short and having to fill a hole.

Colonie budgeted just less than $25.9 million for 2020, or about $6.5 million per quarter. To date, the first two quarters, the town has received $11.3 million, or 13 percent less than projected. The second quarter alone was down 25 percent. If the status quo holds, the town will be down about $3 million in 2020. If the fourth quarter is as bad as the second quarter — if the economy is shuttered again because of a second wave of COVID — it would be down as much as $4 million.

In 2021, the town budgeted a 3 percent decrease in sales tax revenue, $25.1 million, from the $25.9 million it projected to receive in 2020 when the budget was formulated a year earlier.

“We have been watching the sales tax trends since it started and giving our best projections on where we need to be for this budget,” Mahan said. “We are trying to remain optimistic things will improve. And one way or another they usually do. But this one hit hard, and it appears there is a long way to go, but right now we got to where we need to be.”

The town has accumulated a $5.9 million fund balance over the past 13 years but none of that is used to balance the 2021 budget. It may, though, be needed to fill a gap in this year’s budget depending on how the remaining three months pan out with COVID, snow plowing, sales tax and other uncontrollable impacts to revenues and expenditures.

The state Comptroller recently listed Colonie as one of the few municipalities across the state that is susceptible to fiscal stress and part of that is it falls short of the recommended fund balance of 5 percent of expenditures. The designation comes as no surprise to the bean counters in Colonie, but Mahan is quick to point out the town’s all-important bond rating has steadily improved, to how much money the town has been able to stash away in a fund balance and how much the town was able to spend on infrastructure.

“Or philosophy has been to maintain a conservative approach to budgeting and we have applied that philosophy for 13 years. We started from below zero so we learned quickly about what our needs are and how to survive, basically,” she said. “For the amount of services we provide and have been able to maintain, this is a very lean budget for a town this size.”

The town does plan on continuing with long-range plans that don’t necessarily impact the annual cash flow, provided it doesn’t substantially add to the current level of debt service. Those include paving and improvements to the water and sewer departments.

“The one thing that is critical, along with public safety, is to stay on track with the long term plans we put in place. The major projects we planned are going to continue to go forward,” Mahan said. “We don’t want to go backwards.”

The projected budget for other departments include:

Colonie, like other municiaplities, are still holding out hope for some federal aid to help fill the holes created by COVID-19.

“I have not given up hope,” Mahan said. “We really need it and all municipalities need it across the country. It hasn’t arrived and I haven’t heard anything different but I am holding out hope.”

The Town Board will hold a public hearing on the budget at its regularly scheduled meeting on Nov. 5 and it must be approved not later than Nov. 20.

SPOTTED: Colonie boys get by Averill Park in opener, 1-0