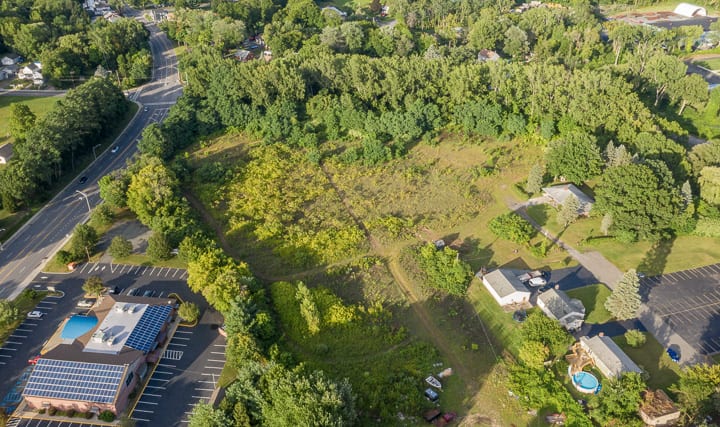 COLONIE — The Town Board, while denying two other zoning change requests, did unanimously grant the developers of a senior housing project on Everett Road a Planned Development District which will allow more density.

The 10 acres of land located by the Joseph E. Zaloga American Legion Post is currently zoned Neighborhood Office Commercial, which would allow a much larger commercial development, like a 180,000-square-foot medical office building, said Dan Hershberg, who presented the request on behalf of Crisafulli Associates.

Office or medical arts does generate more traffic than housing earmarked for those 55 and older. And, to answer concerns of the Planning Board and neighbors, the project was scaled back from four stories to three and from 153 units to 113. The public benefit attached to any PDD was also upped from $250,000 to $357,000.

The average price for a one bedroom will be in the $1,500 to $1,550 range, said Michael Crisafulli, with two bedrooms going for about $2,000. Both estimates are below the going market rate.

“There is a need for affordable senior housing in that section of town,” he said. “The whole point has been to make it as affordable as possible without getting any grants or favors from any boards or IDAs.”

While the board did deny zoning change requests from two other developers at the same meeting on Thursday, Sept. 24., they did grant this one.

“The need is there, no question, and I think you have done a great job in making the changes the Planning Board had requested,” said Supervisor Paula Mahan. “This rezoning was granted because it is a PDD and it is not a single parcel unlike the others. It has been in the process for a while and it is totally different.”