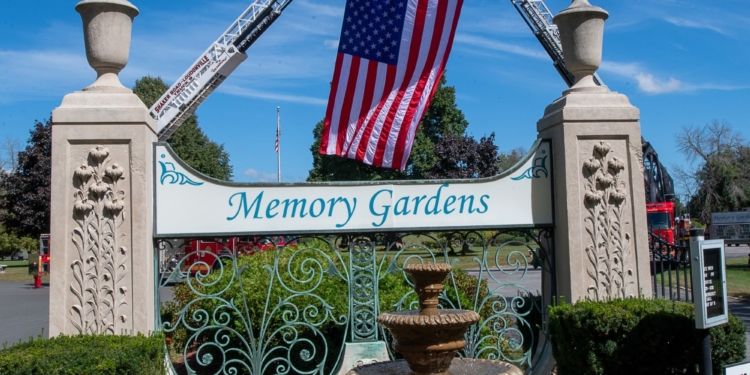 COLONIE — From delivering babies to hanging out of a helicopter conducting a rope rescue, Ron Baker did it all during his decades long career.

On Sept. 4, the former Shaker High social studies teacher and football and wrestling coach died of multiple organ failure brought on by prostate cancer. He was 79.

“One of the things about Ron was there is probably not a fireman or an EMS in the Town of Colonie or in the entire Capital District that he didn’t mentor in one way or another, including myself,” said Village of Colonie Fire Chief Jeff Kayser. “His dedication to training was just amazing. If there was a bad call, he is the guy you wanted. It was literally seven days a week for him. He didn’t take a break.”

Born in Glens Falls, Baker moved to Colonie in 1970. Four years later he volunteered at the Village of Colonie Fire Department and was part of the initial group of paramedics in the Albany area. He initially headed up the Troy EMS program, and when Colonie shifted from volunteer EMS to a paid service, Baker became deputy director, a job he held until his retirement.

He was an “aggressive firefighter” but also used skills honed in the Shaker high classroom to teach young firefighters and EMS how to do the job and do it right, said Colonie Firefighter Tom Breslin.

“Talk to some of the older guys, when we started in the 90s and first time on a hand line with Ron and they will say, ‘is this guy crazy or a super hero,’” Breslin said. “He wasn’t crazy by any stretch, he was aggressive and willing to teach the guys the proper way to do to things. He held himself to the highest standards and he tried to instill those standards on the younger firefighters.”

He was named the village Firefighter of the Year in 1975 and, in one of the few times someone has honored twice, again in 1984.

Kayser recalled one of the first trench rescues a team assembled by Baker executed. It was in Menands, on Dec. 2, 1998, and large slabs of asphalt caved in on a worker.

“Nobody thought he was going to come out of that hole alive and he did and did because Ron was right down in that hole with him and he was instrumental in getting him out,” Kayser said.

His competitive spirit, be it on the athletic field or fighting a fire, gave him an edge — and it was contagious, Breslin said.

“I don’t think he liked to lose. For him it was a competition with the fire. He would be pushing you to go further because he wanted to beat the fire,” he said. “I think he just always strived for excellence. To know all there is to know and learn all there is to learn and to teach that to younger guys.”

Kayser, a 32-year vet of the State Police, said he was on the Northway in 1998 and a woman was about to give birth in the back of his trooper car. He didn’t panic, but was happy to see an ambulance pull up alongside his car and happier yet when he saw Baker get out.

“When you are out there all alone and Ron showed up you just had a feeling things would turn out OK,” he said. “We had our hands full that day, but everything turned out OK. It was always a good day when Ron was in the house.”

The woman, who Kayser ran into by chance more than two decades later, ended up giving birth to a 9-pound, 7-ounce baby in the back of the ambulance, to Kayser’s relief, rather in the back of a State Trooper’s patrol car.

Baker was also one of the best technical firefighters the Albany area has ever seen, Breslin said, from technical rescues, high angle rescues, vehicle extrication and rope rescues. His knowledge of knots and ropes and pulley systems was second to none.

“He used those skills and taught everyone town, and everyone in the Capital District, who was willing to learn,” Breslin said.

Later in his career Baker was one of the driving forces behind Life Flight, a helicopter rescue and transport program operated by the State Police that is one of the most efficient and effective in the nation.

“I’ve known Ron for 40 years and his dedication to the town and the volunteer service is unmatched,” said Colonie Supervisor Paula Mahan.

A celebration of  Baker’s life is slated for Sept. 7, 2021, on his 80th birthday at a time and location to be announced.

LETTER to the EDITOR: Bethlehem Grange asks for your help

14 new cases in Albany County, eight of them at UAlbany