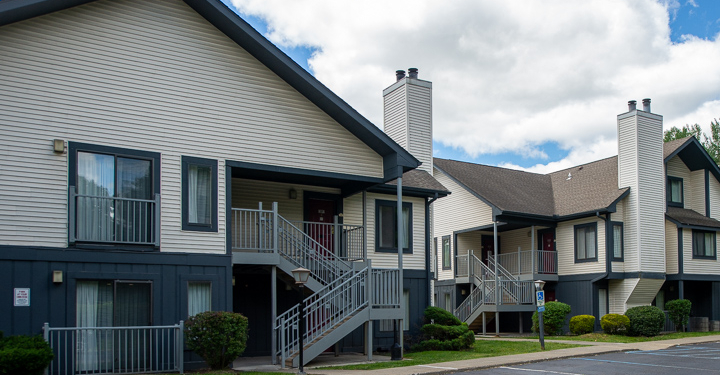 COLONIE — The parking situation surrounding the project to convert 112 rooms at the Residence Inn off Troy Schenectady Road was resolved, at least temporarily, to the Planning Board’s satisfaction.

The project, proposed by F. Street Boulder of Milwaukee, was first introduced on Tuesday, June 9 but was stalled due to lack of parking. A week later, on June 16, the company said it would build an additional 23 spots to bring the total to 167 and came up with a “trigger” that would force them to construct an additional 21 spots.

Town code requires two spots per unit and the Planning Board was worried the lack of spaces would force tenants and guests to park along Residence Inn Drive, a town owned road.

The second complaint of unauthorized parking in a year would trigger the mechanism that could force the company to build the additional 21 spots.

But, said Planning Board member Steven Heider, the designated area for the additional spots is heavily wooded and acts as a natural buffer between the complex and the neighbors.

“I think we are hoping the existing parking will be sufficient,” he said.

The plan is to convert the extended stay hotel, which “disassociated with the major chain Marriott, into longer term apartment rentals.

There are 14 buildings on 8.2 acres. The company will focus on a market that includes young adults and seniors looking to downsize.

Under questioning from the Planning Board, Schmidt said there would not be subsidized housing.

The land is zoned Commercial Office Residential, and while multi-family dwellings are allowed it is usually required to be accompanied by a commercial component. The change of use was earlier approved by the Zoning Board of Appeals.