DISCOVER the VILLAGE of COLONIE: The Kings Highway 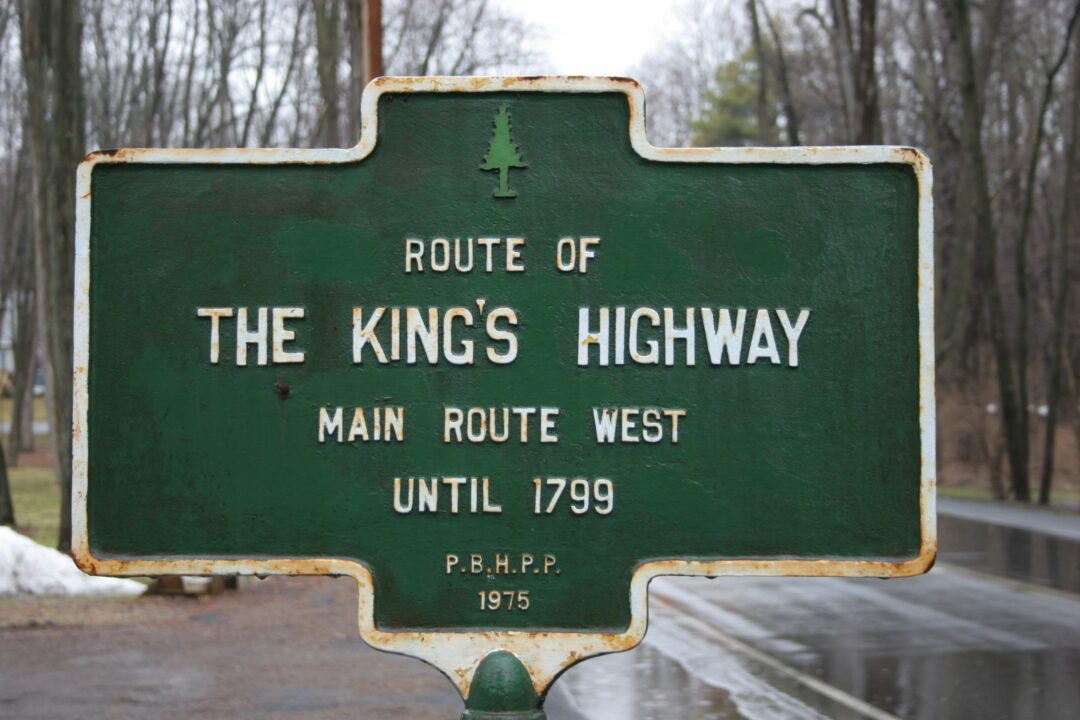 COLONIE — Central Avenue is a Colonie road that connects the city of Schenectady with State Street to the west and the city of Albany to the east with Washington Avenue. While this road may be known today for being important in bridging both cities and its high traffic usage, it has an extensive history, stretching back to as early as the mid-to-late 17th century.

According to Colonie Town Historian Kevin Franklin, Central Avenue used to be called the King’s Highway at that time. At the time, Franklin said that Albany was the designated place for trade, the city then known as Fort Orange, a Dutch settlement that was originally built in 1624.

Here, bartering for fur with Native Americans was common, for instance. “If you could intercept that trade before it got to [present-day] Albany, you could pick out the best furs and make more money,” he said, explaining this made King’s Highway a notorious area where robbers and highwaymen could attack. “It was contentious for a while as laws were broken.”

Dutch settlers had intended the nearby Schenectady area to be a farming settlement at the time but Franklin said there was an underground fur trade profit system. King’s Highway was significant in establishing a link between the east (Fort Orange/Albany) and west (Schenectady), through a mostly unsettled area of land. Schenectady later would become incorporated as a city in 1798.

By the 1680s, the English had taken over ruling the area from the Dutch. After the American Revolution, Franklin said people realized that their roads were in terrible condition and needed improvements.

This caused King’s Highway to be replaced with a new turnpike called the Albany-Schenectady Turnpike, completed in 1799. This time, Franklin said “the roadbed was cobbles with sections of limestone with concave surfaces which were spaced the same distance apart for wagon or carriage wheels to ride upon.” A tollbooth was also established at its eastern entrance near where the present-day Stanford Bridge stands over Central Avenue, near Yardboro Avenue.

Across from that tollbooth was the Elm Grove Inn, a tavern and hotel, run by Josiah Stanford (? – 1862) which he first rented in 1836 and later bought in 1840. Josiah became later famously known as the father of Leland Stanford (1824 – 1893) who helped found Stanford University in 1885 in Stanford, California. The university was named after Leland’s only son, Leland Stanford Jr. who passed away at 15 from typhoid fever in 1884.

Leland also became the Governor of California (1862 – 1863), president of the railroad network organization, Southern Pacific Company (1885 – 1890) and a U.S. Senator (1885 – 1893). The opening of the Elm Grove Inn — later abandoned and demolished in 1941 — and other similar taverns and hotels along the Albany-Schenectady Turnpike signaled how the turnpike contributed to the area’s growing commerce and appeal to outsiders.

During this time and through the early 20th century, the area also became populated with nearby cattle yards, butcher shops and railroads.

Speaking of railroads, in September 1831, the Mohawk & Hudson Railroad, which largely ran along the Albany-Schenectady Turnpike, opened. This was due in part to the rising population and commerce around the area; it also helped Erie Canal travelers to avoid Cohoes Falls, thereby cutting travel time from a day to less than an hour. It would be renamed the Albany & Schenectady Railroad on April 19, 1847 and later added to the New York Central Railroad on May 17, 1853.

When asked when exactly did the Albany-Schenectady Turnpike become renamed Central Avenue, Franklin was not able to give a specific timeframe though, saying, “Albany may have called it Central Avenue before it officially was renamed that. At some point in time, somebody said, ‘Okay, it’s Central Avenue.’ When that took place, I don’t know.” However, according to Pulitzer Prize-winning Albany writer William Kennedy’s 1983 book, “O Albany!” the turnpike was renamed to Central Avenue on July 15, 1867. Central Avenue is also now known as Route 5.

Regardless, rail traffic would continue through the early 20th century when — according to a July 29, 1983 Schenectady Gazette article named “Last Trolley Ended Runs 50 Years Ago” that Franklin provided — an electric interurban trolley system began operations along Central Avenue from Sept. 9, 1901 to July 28, 1933. It traveled along the south side of Central Avenue and trolleys traveled 15 minutes apart from one another. Once again, this new rail system was created to facilitate the area’s increasing population and commerce but ironically, the former reason led to its closure.

Fred B. Abele, a self-described “trolley enthusiast” who was interviewed in the article, said, “Growth of auto traffic, the many at-grade crossings and the need to widen Route 5 and relocate the tracks to the center contributed to [the trolleys’] end.”

Franklin said that because the electric trolleys were moved from the side of Central Avenue to the middle of the road, it would cause accidents as motorists did not stop in time for passengers getting on or off the trolleys. It was also a safety hazard as vehicles had to maintain distance from the traveling trolleys.

From those observations, in the late 1920s, four tunnels were constructed under Central Avenue, near schools, so that pedestrians, particularly schoolchildren, can safely cross Central Avenue without worrying about motorists and trolleys above. The four tunnels were located near the now-closed Roosevelt School in the Stanford Heights area, near Maywood School, near the now-closed Colonie Village School which has been converted to a senior citizens center, and near the former Roessleville High School.

Franklin said that during World War II, the American Locomotive Company of Schenectady was producing tanks which would be transported down Central Avenue until they reached the Port of Albany to be shipped out for the war effort. “If kids were in the tunnels when these tanks were rumbling down Central Avenue, the tanks probably weighed like 40 tons. I can’t imagine the noise those tanks made while traveling down Central Avenue and if you’re a kid in a tunnel crossing to school, you’re probably afraid it would crash down on them.”

Onwards to the late 20th century, the areas around Central Avenue would continue growing, including how Colonie Center, a major shopping mall at the intersection of Central Avenue, Wolf Road and Interstate-87, opened in 1966.

Franklin said he believes that improvements in transportation in the past few centuries benefitted Central Avenue and its surrounding areas overall.

“Central Avenue has just got such a tremendous amount of history,” he concluded. “In terms of transport, you’ve got rail travel, you’ve got trolley travel, you have the Erie Canal and Hudson River nearby which technically are not really on Central Avenue, and you also have the turnpike. So you have a lot of transportation first that are going on within a couple miles of Albany and within Colonie. Transportation of people and goods westwards from Albany into the Mohawk Valley was a critical part of the growth of this area and this nation overall.”