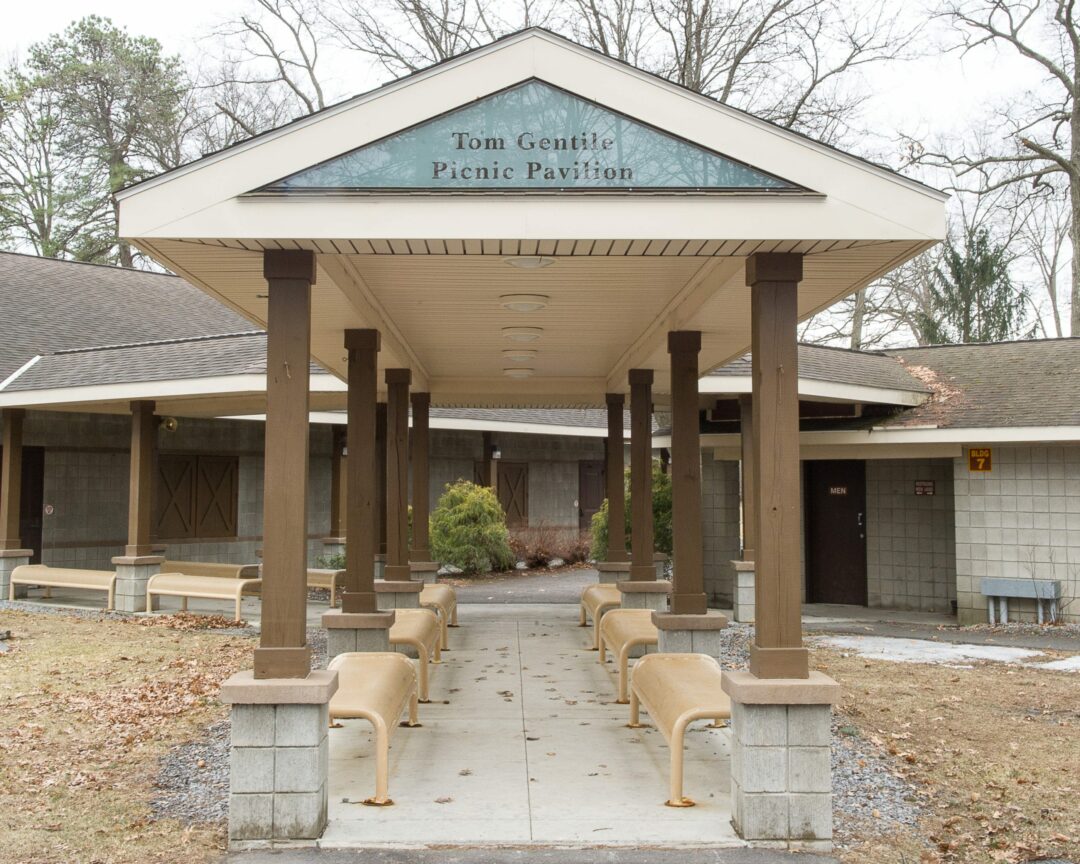 The entranceway to the pavilion/picnic area in Cook Park. Jim Franco/Spotlight News

COLONIE — For about $250 a year, the village does a lot for its residents. In fact, everything it does is maintained through this money.

The village has garbage pickup. It has trash pickup. Leaves and branches are also getting scooped. Cook Park, the beautiful village park, is maintained and rented out all summer long.

“What you’re getting is great for what we pay,” village firehouse historian Steve Garry said. “While the price stays the same, the quality goes up every year.”

Garry attributes this to the people doing these tasks. While some people may see trash pickup and anything to do with public work a menial job, these men and women are not just employees. They’re residents; they take pride in their backyard and their neighborhood. Because, despite the swaths of businesses lining the village’s portion of Central Avenue, the side streets are even fuller with working-class men and women who are proud to call the village their home. It also houses children with a neighborhood safe enough to ride bikes while not being far from big amenities children love.

“We have open government here, which is why this works so well,” Mayor Frank Leak said. “We have about 8,200 people who live in the village and they all love it here.”

Even the village facilities are welcoming. Sitting in a residential neighborhood, Thunder Road is brimmed with trees and greenery. The road is well paved and maintained. The village hall, DPW headquarters, recreation center and firehouse are sprawled out in a line, after a 90-degree turn. It’s definitely industrial, but there’s a welcoming feeling to it. People wave when you drive in. It’s not a sea of anonymous faces.

It’s not common for a village to dissolve into a town in New York. Luckily for villagers, Colonie is thriving in that businesses are staying — they’re prospering, even.

The Village of Colonie was incorporated in March 1921. Four weeks later, the first Board of Trustees meeting was held. That night, “the Village government borrowed $500 for the purpose of defraying expenses of the incorporation, created the office of Police Justice, set a tax rate of $3.00 per $1,000 assessed valuation, established the first Village budget at $1,285, and the Village was in business,” according to the village website. “The Village of Colonie was little more than twin ribbons of buildings on either side of Central Avenue, stretching from the traffic light on Wolf Road to the traffic light on the western side of the Village.”

It was only 10 years later when the village fire department was incorporated. From 1931 to 1939, several budget resolutions were passed, with the highest budget approval being $16,067. A more lighthearted passage in 1932? No swine in the village.

The fire department is an institution for residents. Garry has lived in the village all his life and his family has called it home for over a century. He’s a resident, business owner and life-long member.

“Everyone is involved somehow, whether it be with the fire district, the church or with village politics,” Garry said. “This is such a close-knit, tight community. We all know each other and more times than not, each other’s families.”

Garry and Leak both love Cook Park. In the vicinity is a pavilion, playground, baseball field and amphitheater. The baseball field is the home to a Little League team. All of the amenities are in very high demand.

The schools are good too; the village is in the South Colonie Central School District. Forest Park Elementary houses about 310 students and is within the top 50 percent of state schools. The school was honored with a federal Blue Ribbon for School Excellence award in 1998 to 1999.

From a business standpoint, the village is thriving as well. Garry owns two businesses in the area, one of them a self-storage center. Because of its close proximity to major Capital District places, the business is doing great, Garry said. He does a lot of business with college kids in the area. His other business, a contracting organization, was formed by his father. His father’s business was the first in the area to have the big dump trucks and machinery, Garry said. He uses the contracting business to help maintain his self-storage; he does all the snow-removal and fixes on his own.

“I’m loyal to this place,” he said. “I’m careful about who I do business with, but the connections you make here are usually good.”

Leak agreed. “Of all the businesses we host here, very few leave,” he said. “I’m always here to talk to villagers. We keep things open and easy. That’s one of the big reasons why we’re still going.”

DISCOVER the VILLAGE of COLONIE: Ike and Colonie