DISCOVER the VILLAGE of COLONIE: Ike and Colonie 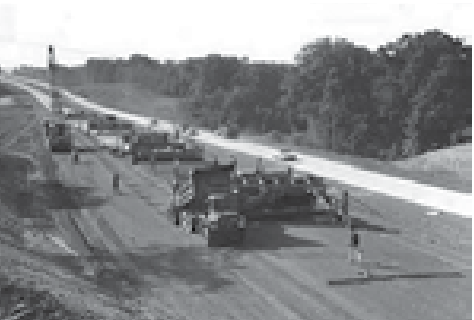 COLONIE — The construction and ongoing development of the 176-mile Northway has disrupted a lot of places. What used to be connected by small, windy roads is now bypassed by a fast-paced, bare, open road that cuts time in half. As the newest exit is being constructed, the anticipation of even more traffic is daunting for smaller places.

However, the Village of Colonie, literally smack dab in the middle of Albany and Schenectady, chugs along happily. Somehow, the burgeoning bypass doesn’t hit the village.

“The Northway has absolutely no impact on us at all,” Mayor Frank Leak said. “We are removed from much of the traffic.”

However, the Northway has helped the village in some ways, village firehouse historian Steve Garry said. More than anything, the highway puts the village on the map, a small but mighty presence between the hustle and bustle of two of the area’s busiest metropolises.

Garry owns two businesses in the village. While he cannot credit much of his businesses to the people the Northway brings through, he does credit the business’ central location (and the central location of the village in general) for some of the success. As the village begins at the west side of the Wolf Road and Central Avenue intersection, many of the businesses clustered along the busy corridor between Wolf Road and Price Chopper plaza enjoy the added benefits of the traffic. It’s just a stone’s throw from the Northway to Dairy Queen, Krause’s candy and Finkle Jewelers. ShopRite is a one-stop shop for groceries and full-service gasoline. Those who need to complete shopping on their way home for anything under the sun can be done and back on the Northway within 10 minutes.

Before 1957, the only way to Schenectady was Central Avenue. Route 5, as it’s also called, is a straight shot to Schenectady; drive past Balltown Road and Route 7 and you’ll be at Proctors before you know it. However, that changed at the first extension of I-87. Built in segments, the Northway eventually cost around $208 million to build — a whopping $1.66 billion by today’s standards. Construction ceased in 1967 and travel between the northern tips of New York and the Capital District was never easier or quicker.

However, the negative effects of such a bypass rested on the small towns that built around the former passageways. Like Route 66, many towns and villages settled around Central Avenue for the maximum potential of business the swaths of traffic offered. With the construction of the Northway, it’s easier than ever to go north, but it’s also bare — convenience isn’t as scenic.

The odd thing about the Northway is there is no easy access-point to Albany International Airport, even though signs adorn the southern part of the highway directing late travelers.

The reason for this is the original plans to build another bypass; this was named Interstate 687 and was planned to join I-90 at exit 5A and I-87 at what would have been exit 3. I-687 was supposed to be the direct link from the airport to the two busiest roads.

However, this never came to fruition due to changes in state and federal funding programs. It was removed from the area’s highway plan in 1973 and from the national plan in 1977.

Construction has begun to build the much anticipated “Exit 3” that will be a direct line to Albany International. The $31 million road project calls for a new, direct on-ramp from Route 155 at Exit 5 for southbound traffic eliminating the need for the existing frontage ramp and northbound, the on-ramp adjacent to the Times Union building will be extended to Exit 5 leading to Route 155.

The project is not only designed to make getting in and out of the airport easier and quicker but, in theory, will alleviate traffic on the more minor roads surrounding it. While the airport and this new intersection are not in the village, the airport is just on the other side of Wolf Road, a five-minute drive from the entrance to the village.