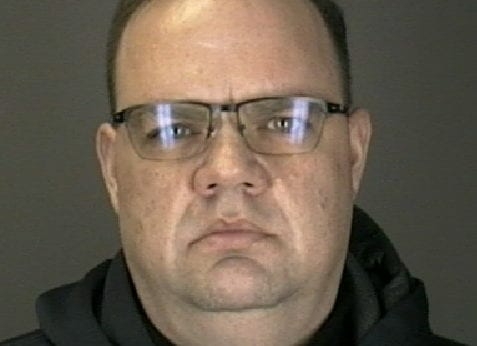 COLONIE — A 47-year-old, Level 1 sex offender from Clifton Park was arrested on Saturday, Jan. 5, for sending who he thought was a 14-year-old boy sexually explicit photos.

The 14-year-old boy was actually a member of the Colonie Police Department’s Computer Crimes Unit and Gary Ryan is now facing three felonies.

According to Lt. Robert Winn, the arrest came after a two-month investigation and on three dates in December 2018, and January Ryan also sent, through social media, messages of a sexual nature to undercover investigators.

On Monday, Jan. 7, investigators executed a search warrant at his Route 9 home.

According to Winn, “there are several known instances of this defendant having contact with underage persons locally, and during a recent trip out of state that was an unsuccessful attempt to meet an underage person.”

He was convicted in 2008 after an investigation by the State Police Troop G and the Nassau County Police Department.

The investigation further revealed Ryan was active in the area of sports memorabilia and may have used that to have illegal contact with underage persons, Winn said.

Due to the nature of the charges and information developed during the investigation, anyone who believes they may have been a victim, or who has any relevant information, is urged to contact Colonie police at 518-783-2744.

Ryan is charged with three felonies of attempted dissemination of indecent material to a minor and is currently in the Albany County jail without bail.