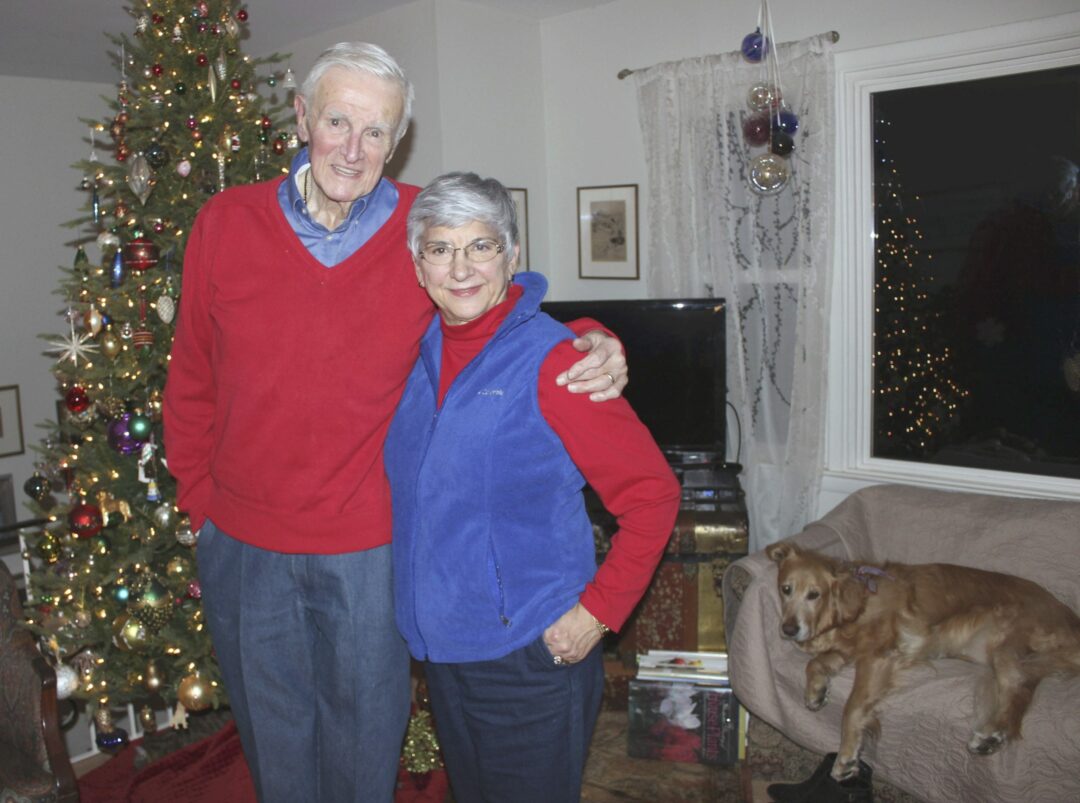 Dick Wood can spin a yarn.

It’s a trait that helped land the former television anchorman his broadcasting career. But, that’s not the story he often tells. It shouldn’t be the lead story.

For nearly 20 years, Wood was the anchorman for News 10. He, along with Marci Elliot, would welcome home residents from rush hour traffic with the latest in local and national news on Albany’s ABC affiliate. His distinctive bass to baritone voice is what longtime residents remember. When a Rhode Island television station announced he had died in 2009, a community was shocked. No one more so than Wood himself.

Shortly before Wood was to graduate from high school, his father asked to know what his plans were. Wood said he didn’t know. This did not sit well with him. His father was a good salesman, as long as he believed in the product. If he believed in it, he could sell it. One such product was the radio. It was going in every household, and Wood’s father was a part of that. He wasn’t patient with his only child. He assumed his son had a few schools to choose from. No. He didn’t.

Wood worked a number of different jobs around town. It was his father’s way of teaching his son the value of a hard day’s work. On occasion, his father would stop and probe him with questions to see if he was learning the lesson. Was he working hard? Did he know what he wanted to do next? Once, he said he thought about going into broadcasting. “What are you going to do, spin records?” he mocked.

Wood landed a job as a busboy at The Meadows, a popular jazz club outside of Boston owned by singer Vaughn Monroe. The one rule impressed on him the most was that he was forbidden from fraternizing with celebrities. It seemed simple enough.

It was Wood’s first night on the job when he recognized three men as they walked through the room. A longtime fan of the Boston Red Sox, the faces of the three

men were impossible to mistake — Pinky Higgins, Johnny Pesky and Ted Williams. He watched as they were seated towards the back of the club. As he cleared nearby tables Wood looked over with curiosity. His manager scolded him for “staring.”

Wood continued with his chores and the same floor manager decided to award her young employee with the task of delivering ice cream pies to Williams and his table. In the kitchen, he was told to place only four desserts on a tray. His order called for six. He walked out the door with a tray of six desserts hoisted one-handed over his shoulder. He soon learned a different lesson in physics. As he approached the table, he lost his balance and slipped. The tray went flying. The pies landed on the table and the club’s famous guests.

The floor manager ran to the horrific scene. What happened next was like a choreographed comedy scene out of “I Love Lucy.” As the floor manager attended to the table, her wig caught the hilt of the fork stuck in the lone pie on the table, only for it to flip up onto her wig. The room ignited with laughter.

Wood’s first night was promised to be his last. In order for him to pick up his check for the night, he was required to stay off the floor until the club closed for the night.

Wood stayed to pick up his check. Monroe, the club owner, was in the office talking with the three ballplayers when he caught a glimpse of Wood. He scolded him without mercy in front of his guests and fired him.

Wood’s wife Kristin rolls her eyes and smiles as he tells his stories. He was born with the gift of gab. While once trying out for a job, he was given four minutes to pitch coffee. He gave them six. It led to his first television job.

“Breathe, Dick!” said Kristin. Her husband was an hour into his story. For a man whose whole career was to speak, sharing a tale among friends was nothing. Trying to get anywhere with Alexa, the voice-activated product that sits on the side table of his chair, is another story. A brief story. She continues to entertain guests in their warm home in Latham, lights from the Christmas tree glow throughout the living room.

Wood, 88, said his doctor has him listed as a possible Alzheimer’s patient. On a rare occasion, he stops in the middle of a story, lost on a detail. As old as the story is, its no surprise. The details he can share are as vivid as something that happened to him yesterday. There is no hint of the illness as he continues.

Williams at the plate

Williams stepped in. Despite the mess, Wood recalls the ballplayer saying that he “never laughed harder,” and warned the owner with a pricey ultimatum. “If you fire this kid, no ballplayer will come into this club.” The owner reluctantly agreed.

It took a while for the club owner to warm to Wood. One night he sat next to the kid and asked whether or not he decided what he wanted to do with the rest of his life. He heard his voice and mentioned how his daughter was attending broadcasting school. Wood enrolled.

As a student, Wood took an interest to his studies unlike that of high school. He was writing, something he enjoyed. For the first time, he made the honor roll.

It was the first step towards a broadcasting career of which his father did not approve. It would lead to television. His first station helped him earn a journalism certificate through Brown University. When his father scoffed at his career path, Wood reminded him of his accomplishments. He was on television. He had an Ivy League education. The doubt turned into pride.

“Ted Williams and Vaughn Monroe are the two responsible for my career,” said Wood.

Wood spent 10 years on Rhode Island television with WJAR before moving to the Capital District to anchor WTEN in 1973. It’s where he earned his chops as a

television reporter. He was just a cub reporter while on assignment to meet Ted Williams. The Hall of Fame baseball player was a hero in New England. Stories of his prowess at the plate were often matched by those that spoke of how he served as a fighter pilot during World War II and the Korean War. But, today, the greatest hitter one ever saw on a baseball diamond was pitching fishing equipment at a local sporting goods store. Wood approached.

“No, kid,” he responded to Wood. As heroic his exploits may have been on the field, he was also equally known to have a surly demeanor. He didn’t like reporters. Reporters didn’t like him. In 1941, after a season in which he batted .406, Williams finished second to the Yankees’ Joe DiMaggio for the league’s most valuable player. Historians often point back to his mercurial attitude towards the writers who help decide the award. “Why should you look familiar to me?”

“Mr. Williams, I was that kid at The Meadows.”

Williams looked up from what he was doing to peer into Wood’s face. His expression softened. “Hey, Yaz!” he motioned to Carl Yastrzemski, Williams’ now heir apparent in Fenway’s left field, “Come here, it’s that kid!”