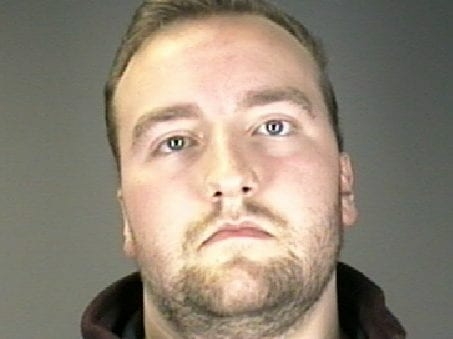 COLONIE — A 23-year-old teacher’s aid in the North Colonie School District was arrested on charges he sexually abused a 5-year-old male student with special needs.

On Tuesday, Oct. 23, administrators from the district contacted the School Resource Officer after staff at the Southgate Elementary School witnessed an “inappropriate interaction” between Ryan Pellerin and a child in his care while they were on the playground.

An investigation began, and on Thursday, Oct. 25, Pellerin turned himself in to face the charges, according to Colonie police Lt. Robert Winn.

The investigation remains ongoing and additional charges are possible.

Pellerin, who lives in Guilderland, is charged with the felonies of sexual abuse and endangering the welfare of a vulnerable person.

He was slated to get arraigned in Colonie Town Court on Thursday, and is being represented by the Kindlon Law Firm, according to Winn.

Anyone with pertinent information is urged to contact Colonie police at 518-783-2754.

The North Colonie School District, on its website, said Pellerin resigned and is prohibited from all school properties.

“Here in North Colonie, safety is paramount, and we will continue to take all appropriate actions to maintain a safe and secure learning environment for all our students,” according to a statement.

GUILDERLAND LIBRARY: Drug Take Back Day is back!