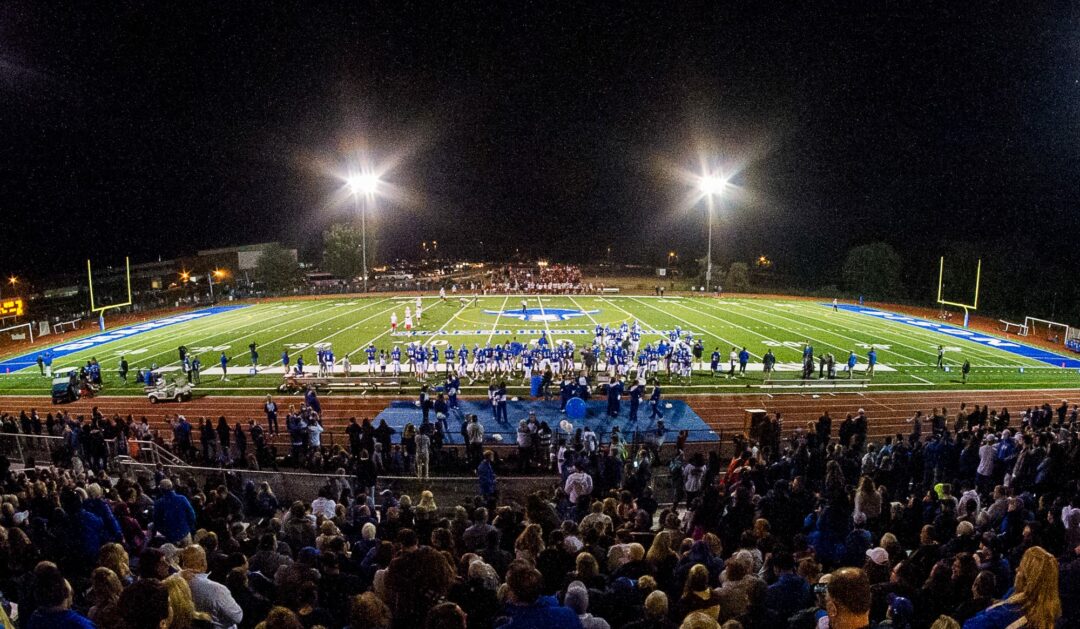 But, administrators, coaches and even the players were quick to point out that it’s not just for football as it will be used by a number of different teams and physical education classes, too.

“That’s the key word … ‘programs,’” said North Colonie Athletic Director Matthew Stein. “There is more availability for all the teams, and regardless of the weather we can practice and we can play and there is more space for physical education. In the morning, when you might be a little reluctant to get the kids on the grass, they can get kids out here. It’s just awesome.”

The new field was part of a new $106.3 million capital project approved by the voters in 2017 that encompassed renovations at all the elementary schools and will convert Shaker Junior High School to a middle school for grades six, seven and eight.

The project includes nearly $13 million worth of work around the grounds and site of the Shaker High School complex that includes a new baseball field too. The baseball field is currently under construction. The sod will get planted soon and it should be ready for opening day this spring.

At the homecoming game against Guilderland, which Shaker won 27-0 to go 5-0, Alfred E. Walker made an cameo. In 1992 the football field was dedicated to honor the long time Shaker teacher, coach and mentor to many before he retired in 1991, said Superintendent Joseph Corr. Walker’s name still appears on the press box, and on Friday the new field was re-dedicated to his name.

“It’s nice to be home,” he told the crowd. “I spent my years here at Shaker High school, those were good days. We all should be proud of our school. I just want to say hello and it’s nice to see a good crowd tonight and I want to wish our football team the very best against what I’m sure is a very difficult team to beat.”

“It’s an incredible night for the community and from a Booster Club point of view this field is truly an asset,” said Booster Club President Matt Cannon. “Before this game, there was a field hockey game, and we are seeing all different sports and physical education classes using it. I tip my hat to Superintendent Corr and the Board of Education and the community for making it happen.”

As mentioned, a number of athletic teams will use the fields. In the fall, boys and girls soccer, field hockey and, of course, football. But Shaker Lacrosse Coach Shawn Hennessey said he can’t wait for the spring.

“We have been looking for something like this for a bunch of years,” he said. “It puts us on an equal playing field with the other schools who have turf and maybe we can have some night games. Our lacrosse community is thrilled.”

Unlike grass fields, snow can get plowed off turf fields and, depending on the weather, it will allow the lax team to start practice earlier.

“I love the new turf field. It’s a beautiful facility. Obviously, it is not just a football field. We had field hockey out here earlier and phys. ed. classes are out here all day. It’s a deserving facility for this community,” said football Coach Greg Sheeler.

Corr and the Board of Education initially tried to get a $194.4 million bond referendum passed, but were forced to settle for a smaller project and defer some of the necessary work to a later date.

“I think it is a tremendous community asset,” said Corr, who is commonly on the sidelines at sporting events. “When you come by here during the day you will see at least one physical education class and sometimes two or three or even four classes using this field. It really is great to see our kids enjoying this facility. It’s a great night for our community and I am proud to be a part of it.”

School’s Out cancels plans to expand

Marvel Comics to come alive at the TU Center from Thursday to Sunday, Oct. 4 to 7