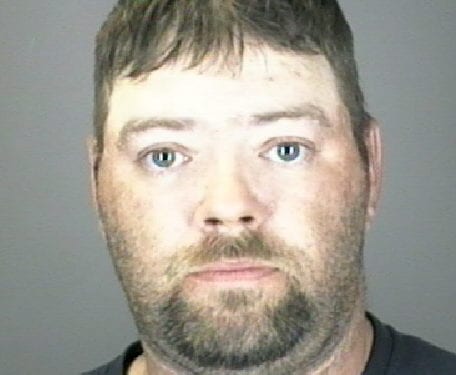 COLONIE – A 41-year-old man from Sharon Springs showed up at a Latham apartment complex on Thursday, June 14, thinking he was going to meet a 14-year-old girl for sex.

Instead, he was met by investigators with the Colonie Police Department’s Computer Crimes Unit and put in handcuffs.

During the course of a two-week investigation, Jonathan Mattice allegedly messaged undercover investigators, who were posing as a teen, and the contact involved conversations that were of a sexual nature and the attempt to meet for sex.

A meeting was scheduled for June 14, and he was arrested at 5:34 p.m. without incident.

Lt. Robert Winn said a search warrant was executed on his vehicle and a digital media device was seized for a forensic examination.

There are no known real victims, and there was never a teenage girl communicating with Mattice. Furthermore, the investigation did not reveal any known access to children, of a troubling nature, in his personal or work life. He is a mechanic at a Signal Hill Farm.

Due to the nature of the charges, though, anyone who believes that they may be a victim or has information is urged to contact the Colonie Police at 518-783-2744.