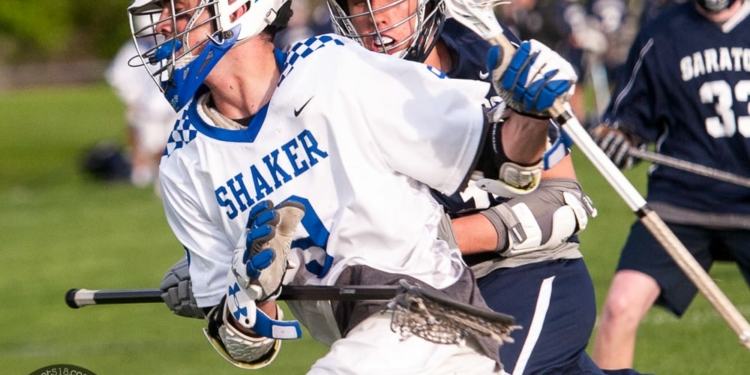 COLONIE – In the last game of the regular season, Senior Night, the Shaker boys defeated Saratoga 16-3 in a Suburban Council matchup.

The Blue Bison scored six in the second period to take an 8-2 lead into the half, and then dominated, outscoring Saratoga 8-1 in the second.

Luke Julian scored three goals and had six assists for the Bison while Jack Cheney had three goals and three assists. Andrew O’Connor had five goals and five Bison had a goal each: Aidan Fuerer, Tom Kearins, Will Pepe, Tyler Wilson and Zane Radz.

Sam Nelson had 10 saves in goal.

Three Saratoga players each had a goal: Spencer Flansburg, Will Fox and Charlie Beck. Ryan Flemming had six saves in goal.