Don’t shake it up: Preservation League names Shaker site one of ‘Seven to Save’ 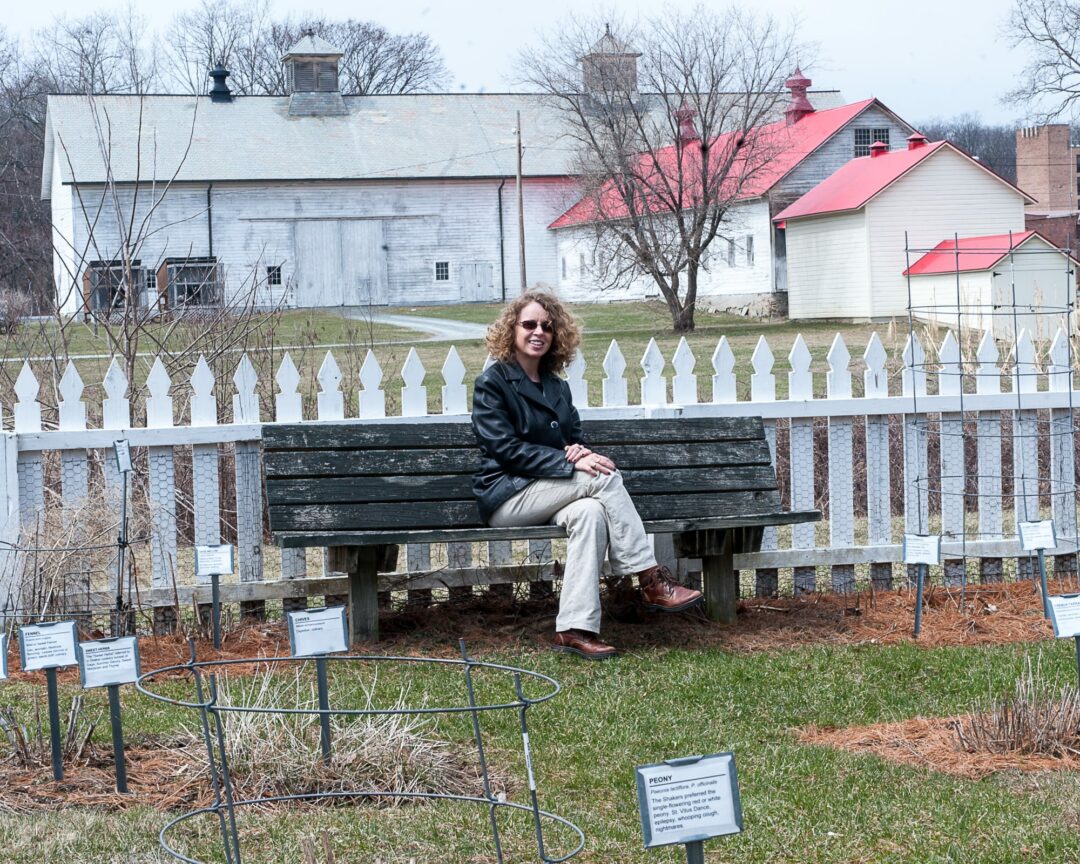 COLONIE — The Preservation League of New York named the Watervliet Shaker National Register Historic District one of its “Seven to Save” properties because, it said, the site is susceptible to being taken over by new development.

The site, the first home to the Shakers when they moved to America from Manchester, England in 1775, is surrounded by commercial and industrial buildings on all sides and the radius around the iconic meeting house is getting smaller.

The Historic District’s executive director, Starlyn D’Angelo, understands things do change, and is working with longtime neighbors like the airport and those just coming in like the new Afrims athletic complex being built off Watervliet Shaker Road.

“When that property came on the market we looked at conservation easements and we looked at ways to save the property but there was no financially viable way to do that,” she said of Afrims. “We really don’t try to stop these projects. We are pragmatic, and we try to help make it the best possible project it can be so we can preserve as much of the historic integrity as possible while also allowing for changes to happen as they will.”

The Shaker Historic District is actually about a one mile-by-one mile area – or about 700 acres – that includes three “family” parcels. The Church Family, the West Family and the South Family. Afrims purchased land on the West Family property from a family who purchased it from the Shakers. There is a red barn, built by the Shakers and featuring a large star, visible from Watervliet Shaker Road that the society hopes to preserve — even if it has to be moved.

“The Watervliet Shaker Historic District has national significance as the site of the first Shaker community in the U.S.,” said Jay DiLorenzo, president of the Preservation League. “In many other places, this collection of historic Shaker buildings would be celebrated, restored, and interpreted. We’re planning to work with the Shaker Heritage Society, the Town of Colonie and Albany County to highlight the importance of these buildings and to suggest appropriate preservation solutions.”

While the entire historic district has about 20 buildings built by the Shakers, most of them are in private hands and the historic society respects a landowner’s rights to do with their land as they choose, D’Angelo said.

Still, if they are demolished they can never be replaced and significant piece of Capital District history goes with it.

“Some of the important buildings within the Shaker district are vacant and deteriorating rapidly, while some others are in danger of being blocked by large encroaching development projects or demolished all together,” said the Preservation League in a statement designating the site as one of its Seven to Save

The best known Shaker plot of land, though, is owned by Albany County and has been since the last Shakers left the Capital District in 1925. Known as the Church Family property, it is home to Ann Lee Pond, a huge barn, a number of outbuildings and the storied 1848 meeting house which is the last large-scale Shaker meeting house left standing with an intact interior, D’Angelo said. Right now, the society leases the land and many of the buildings from the county but would like to see that extended.

The meeting house was where the Shakers held Mass, and the building is designed to welcome outsiders to the services as a way to potentially recruit them into the religion. Rather than the building acting as a gateway into the Shaker religion and culture, D’Angelo and the Preservation League, think the entire property can be a gateway from the airport into other historical sites and landmarks around the Capital District and beyond.

“The area is a natural gateway to regional attractions, especially shopping and lodging and other commercial features,” according to the Preservation League’s statement in designating the site one of Seven to Save. “There is still nine years

left on the existing lease, but the historical society wants to re-new that for another 30 to 50 years to make it easier to get loans and grants for the much needed work on the mostly vacant buildings. Without that, banks and those charged with handing out grants, are reluctant to give or lend money to someone who might not be there through the life of the issuance.

Over the last 19 years or so, D’Angelo said, the society has spent some $2 million on improvements to the Church Family property buildings, including new roofs on the huge, 1915 barn complex and most of the smaller buildings. But, she said, so much more could be done with a long term lease in place.

County Executive Dan McCoy, in a statement, said he is in favor of extending the lease and it’s in the Legislature’s hands. In the past, legislative leadership has taken a conservative stance to any long term commitments. But, there was a major shake-up at the top of the legislative food chain with the ouster of longtime Majority Leader Frank Commisso and a shift in power from that office to that of the chairman, who is now Legislator Andrew Joyce.

Joyce’s office did not respond for comment by press time.

“We think the Church Family property is an important asset for the community because it is a natural gateway to regional attractions. We are literally a five minute walk from the airport terminal,” D’Angelo said. “As such, with this location we have here we think we are positioned to draw attention to the attractions throughout the region including the other two Shaker museums that are fairly nearby and all the cultural attractions in downtown Albany as well as agritourism.”

The Preservation League picks seven historic buildings and/or properties from across the state that, for whatever reason — or for a variety of reasons — run a higher than average risk of demolition and/or redevelopment.

The seven chosen this year are in danger of “disappearing because of vacancy, disinvestment and lack of public awareness,” according to the non-profit, advocacy group.

The other six properties chosen this year are the South End-Groesbeckville National Register Historic District in Albany, the Haglund Building in Chautauqua County, Wells Barns in Monroe and Livingston counties, the Enlarged Erie Canal Schoharie Aqueduct in Montgomery County, the Lehigh Valley Railroad Roundhouse and related structures in Ontario County and historic opera houses across the state.

“The Seven to Save designation is important because it will bring attention to the work we are trying to do here,” D’Angelo said. “There is no question we need help to make this happen.”

During their heyday in the 1850s, when there were some 300 Shakers in what was then called Watervliet, the Shakers were seen as outcasts, and often ostracized by main stream society.

At the same time, the population at large took advantage of Shaker ingenuity, such as the flat broom, farming expertise and furniture making skills. The Shakers sold their wares locally, and to merchants taking advantage of the Erie Canal.

Their society is described as monastic, but they could also be called the earliest progressives. They welcomed all ethnicities into their mix, were part of the Underground Railroad, and at the core of their faith is the belief God is both male and female.

They practice celibacy, yet one of its founders, the iconic Ann Lee, who is buried in a Heritage Lane cemetery, had four children.

They lived in a communal setting, yet they took advantage of the latest technologies such as new sewing machines, and their contribution at the time was developing the first commercial washing machine.

There are still two Shakers left today and they live in Maine. People are welcome to join the faith but D’Angelo said the time of the Shakers, is still historically significant, their culture is one we can learn from in the decision we make today.

“The people who joined the Shaker community took a different path,” she said. “They did not take the established road right in front of them, they did something radically different. These were people who were constantly bucking against social norms and coming up with their own ideas on how to create a meaningful life. It’s a wonderful model to look at and prod us to think about decisions we are making too.”

See more photos in our online version on our website.

This weekend, area students will return to the state Capitol to demand safer schools

Starlite project to go before IDA