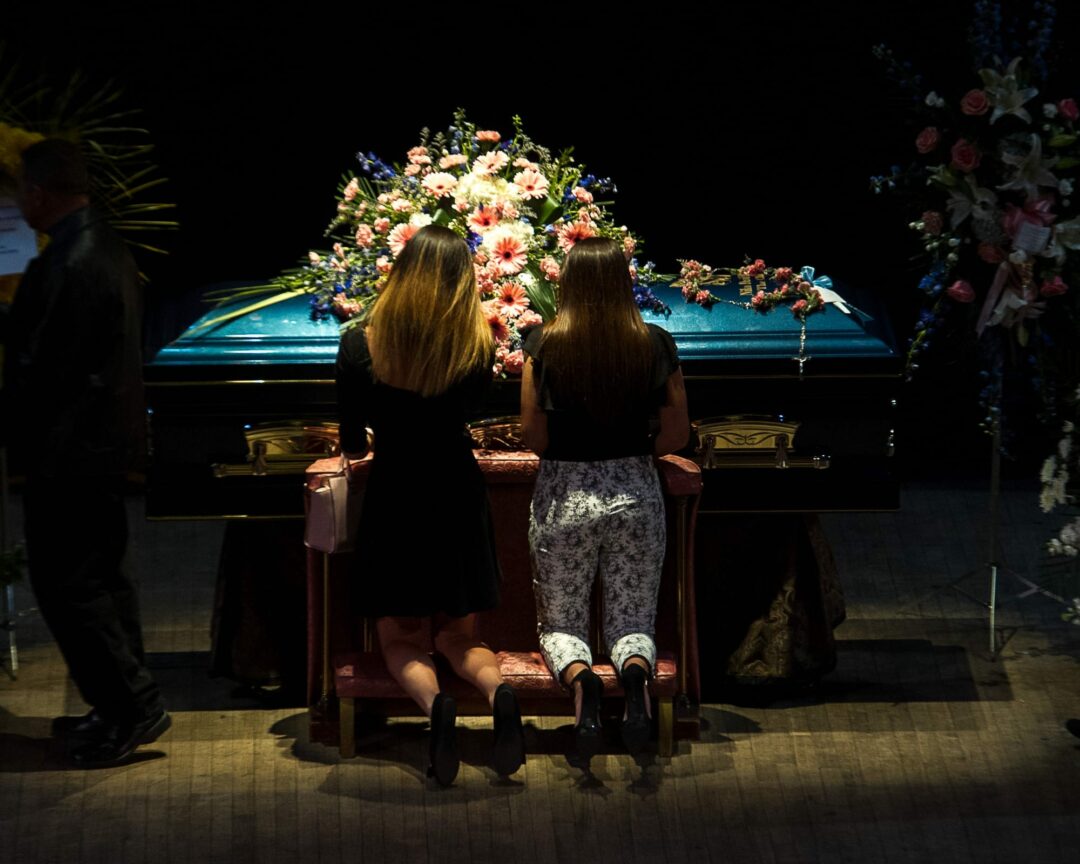 And hundreds of people came to The Palace Theater, on Sunday March 25, to see the 17-year-old off.

DiNovo fought for 508 days after a crash on Oct. 28, 2016 that left more than 95 percent of his body with third degree burns. He underwent more than two dozen surgeries until his body could take no more and he died on Monday, March 19 with his loving family by his side.

“He is the toughest kid I’ve ever met. A real champ,” said a friend of the family, Dan Mazzola, outside the Palace. “After seeing what he went through, it definitely made us tougher, makes everyday things we all go through seem small and trivial.”

The Colonie community, and the entire Capital District and beyond, galvanized around the DiNovo family, and the hashtag #nikostrong was a common sight on bumper stickers, t-shirts and sweatshirts and social media. His family, many of whom were by his side for the entire 508 days, dubbed him “the champ,” for his fight that inspired everyone who heard the story.

“Niko was a warrior for his tribe; fighting to live for exactly 508 days with strength, will and perseverance,” states his obituary. “He united a community, restored faith, and helped others find their purpose. God had a plan for Niko on the night of Oct. 28, 2016, a plan that was difficult for those who loved him to understand. It is now clear of God’s plan, Niko was a faithful servant, and has been awarded eternal peace and freedom from pain in Heaven …

“He will be missed, but now instead of praying for Niko, we pray to Niko.”

DiNovo was a passenger in a car when the driver, his friend 19-year-old Michael Carr, lost control and smashed into a vehicle parked outside Blessings Tavern at the intersection of Consaul and Watervliet Shaker roads. Everything burst into flames.

A patron and employee were taken to Albany Medical Center Hospital and the tavern was destroyed. DiNovo was flown to Westchester where he remained. Carr, who admitted to drinking rum and coke and smoking marijuana the day of the crash, was sentenced to six years in prison in January. Part of his plea deal at the time included the stipulation that prosecutors would not bring more serious

“To turn a negative into some sort of a positive it has been fantastic to see the community come together,” said Michael Jung outside the Palace on Sunday. “It’s tragic, without a doubt, but it’s great to see all these people flooding in there and see him, and to give his family support. It’s really incredible.”

“He taught us to always put family first and you can’t take anything for granted because anything can happen at any moment,” said family friend Rich Stazio outside The Palace.

“It’s a great family and it’s great the community stepped up the way it did” said family friend Joe Dibiase. “He was a great kid and he fought with all he had and now he is resting”

His funeral was on Monday, March 26 in Blessed Sacrament Church in Albany and he was laid to rest in the Our Lady of Angels Cemetery.

Anyone wishing to remember DiNovo is asked to make a contribution to the Ronald McDonald House of the Greater Hudson Valley, 80 Woods Road, Valhalla NY, 10595.

Anyone who wants to leave a message to the family can visit mcveighfuneralhome.com

Colonie man convicted of predatory sexual assault against a child