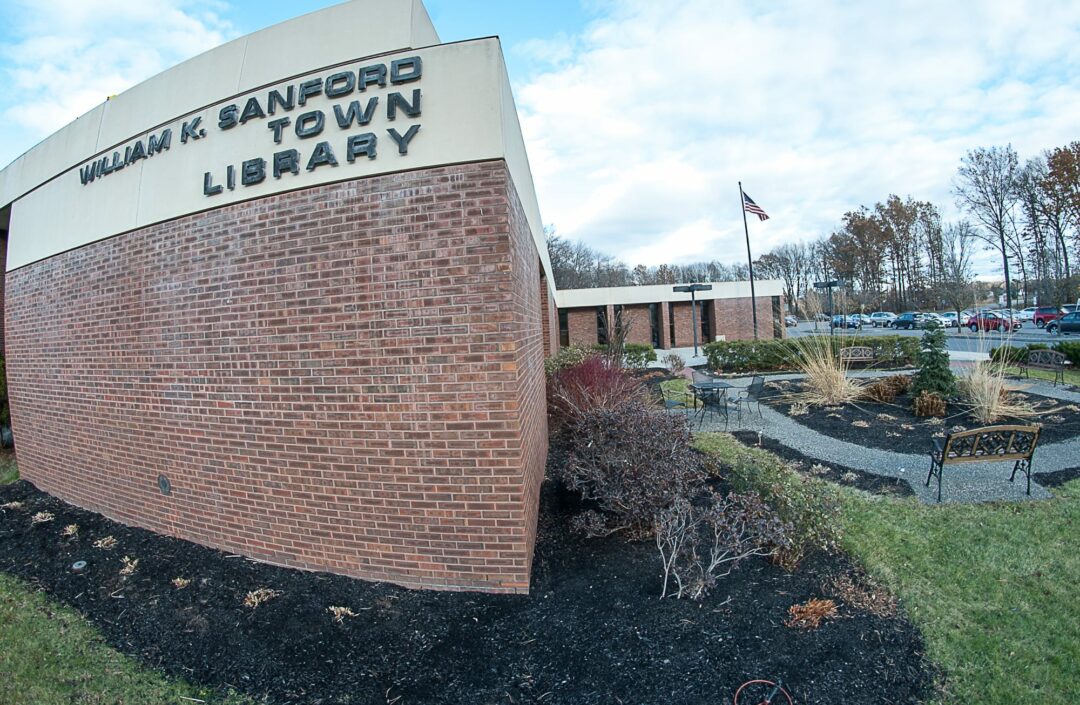 Late last month, work on fixing the leak in the Teen Room started, and bids for the official Phase I of a project roughly broken up into three phases, is set to go out to bid later this month.

Fixing the roof leak is a priority – as the Teen Room is currently closed to the public with a large, unsightly “X” over the entrance made out of yellow police tape – but a major piece of the $1 million Phase I work will increase the size of the featureless, dated and tired looking vestibule and make it more user-friendly. It will also upgrade the two bathrooms.

Phase I will start in February at the latest, said Director Evelyn Neale. Phase II will bring facilities currently located in the back of the library – like adult training rooms and public computers – to the front and move youth services to the back.

“We are trying to do the most we can with the $1 million and part of what is going to happen is we are going to bring the services the public wants front and center,” Neale said.

Phase III – part of which could be going on now with the new roof over the Teen Room – is largely mechanical, she said, and will include heating ventilation and air conditioning work and a new roof. The funding for that is not yet secured or allocated in the town budget .

In all, the renovations will cost about $3 million with the majority coming out of

past and future town budgets and the rest from a variety of grants, including a $500,000 member item from Assemblyman Phil Steck, efforts by the Friends of the Library, and the Town Board even held a pasta dinner.

“We have been wanting to make renovations at the library for some time now and now we are in a position to do so,” said Supervisor Paula Mahan. “We have a very, very active library. The people love it and we are excited we can put money into it and make it better than it is right now.”

Unlike many libraries in the Capital District and around the state, the Colonie library is a municipal library rather than its own taxing district. Essentially, it is a town department with its budget coming out of the town budget rather than setting its own budget and having the residents vote on it each year.

The library’s operating budget for 2018 is just more than $2.8 million. The town allocated the $1 million for the renovations out of its Capital Fund.

There are those who say the need for libraries have lessened as the use of – and access to – things like Google have increased. But, libraries have evolved with the times, and the majority of the 20,000 people who walk into the Colonie library every month do so for so much more than to borrow a book.

Although, Neale said, a number of millennials and younger individuals still like the feel of holding a book while reading. For those who don’t, she said, there are downloadable books and magazines – from a poll of 29 libraries across the Upper Hudson Library System – and audio books that can be simply had through an app and a library card.

“The benchmark to a library’s success used to be circulation but that’s gone down in importance. Our materials are just a portion of what we do,” she said. “We do educational programming, cultural programming, tech training, early literacy, financial literacy, digital literacy and it’s a place for the group homes to come and a place where we see people come every day and read our newspapers.”

She said for years places like Wildwood and the ARC would bring the developmentally disabled clients they care for to the library as part of their occupational therapy programs and a way for them to interact with the public and practice being in a public place.

Contrary to what the critics believe, Neale said technology has made the library more relevant. The library offers a number of digital literacy programs like teaching Excel, Word, small business computer applications and even how to be

“We are extremely fortunate the renovations are taking place not only for our employees but for the benefit or out patrons,” said Cindy Dott, a library aid. “The renovations have been needed for a long time. We have been voted the best in the region and the programs we offer are very beneficial through our children’s’ library and our elderly patrons so we have a necessity to expand our training facilities for our patrons.”

While the tangible benefits of a modern day library are what keep the doors open, the intangible are perhaps more important.

“It is the cornerstone of the community,” said Neale, who came from East Greenbush Community Library to Colonie in 2015. “We don’t have town squares anymore.”