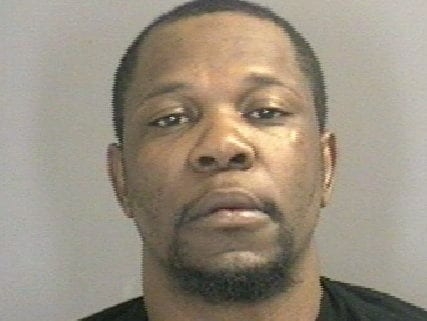 COLONIE – A loaded handgun was found by two officers while they were checking a vehicle in the Shenanigan’s Parking lot at around 4:20 a.m. on Saturday, Nov. 18.

As Officers John Rockwell and Robert Lamerise were interviewing the occupants of the 2001 Chrysler Concorde, they noticed a handgun one the floor near the driver’s feet, according to Lt. Robert Winn.

Both occupants were detained, and the H&K 9mm handgun, which was loaded with 10 rounds, was secured. The handgun’s origins are not known, Winn said in a release, but it is not related to the recent burglary of NY Shooter Supply.

The driver, Shaquan G. Canteen, a 32-year-old from Schenectady, attempted to pick up the handgun and allegedly resisted the officer’s attempts to put him in handcuffs. He also urinated in the back seat of the patrol vehicle as they were taking him back to the station.

The passenger, Zachery J. Davis, a 29-year-old from Schenectady, allegedly had more than three grams of crack

Canteen is charged with the felony of criminal possession of a weapon as well as the misdemeanors of resisting arrest and tampering with evidence and the violation of unlawful possession of marijuana.

Davis is charged with two felonies of criminal possession of a controlled substance.

They were sent to the Albany County jail pending arraignment.