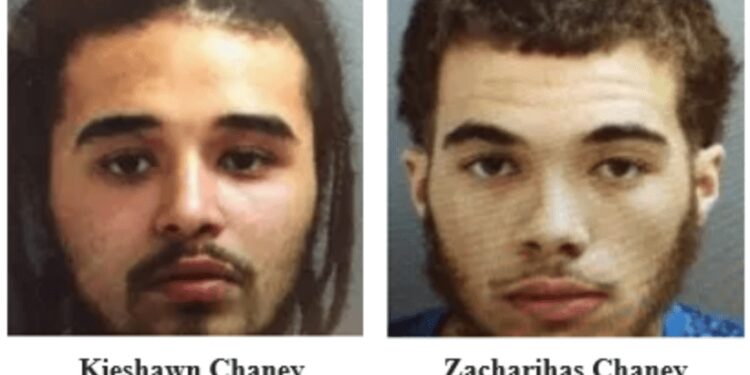 ALBANY – Two brothers were sentenced to prison on Friday, Nov. 17, for committing a strong armed robbery in the Village of Menands.

Kieshawn Chaney, 20, will spend the next seven years in prison followed by three years of parole, and Zacharihas Chaney, 21, will spend 10 years behind bars and another five on parole.

On March 27, at around 8:20 p.m., in the area of Pateman Circle and North Sage Hill Lane, the two brothers from Albany, along with two others, jumped a person, stole a wallet and cell phone and punched the victim in the head numerous times. Someone in the group displayed a weapon.

Using a GPS, police tracked the victim’s phone and wallet to a vehicle that linked police to the two Chaneys and the two other defendants.

On Aug. 4, Raymeen Cooper pleaded guilty to robbery for his role in the crime.