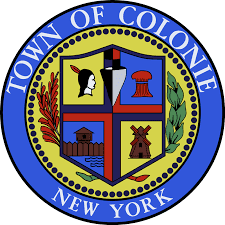 COLONIE – The preliminary, 2018 budget Supervisor Paula Mahan presented to the Town Board on Thursday, Oct. 5, increases general fund spending by about $1.8 million, or 2.07 percent, and increases taxes by about 1.79 percent, or 7 cents per $1,000 of assessed value.

When all funds – sewer and water – are included, the average tax increase for the same home is about $18.50 per year, said Chris Kelsey, the acting town comptroller.

If approved by the Town Board, the total tax rate will be slightly more than $4 per $1,000 of assessed value.

Read the budget below.

A public hearing before the Town Board is slated for Nov. 9. The Town Board can suggest changes to each line item the budget, but must accept or deny it as a whole by Nov. 20.

“It’s always challenging, but this is a good budget for the taxpayers,” Mahan said. “For a town this size, between staff and health insurance and retirement contributions and other things we have to pay for, we have been able to stay within the New York state tax cap since its inception and we are pleased the residents will again qualify for a rebate.”

If approved as is, or with little modification, it is the seventh consecutive year the town’s budget comes in under the state imposed tax cap.

“We are very conservative with our projections and still try to keep the tax rate as low as we possibly can,” Mahan said. “If you live within your means, you may not be able to do everything you want but you can do everything you need to do. The end result is we have been able to maintain one of the lowest tax rates in the area.”

Employee benefits are slated to increase from $14.4 million to $15.2 million with police retirement jumping from $3 million to $3.2 million and health insurance from $5.1 million to $5.7 million.

The largest departmental expense, by far, is the Police Department. Spending there is slated to decrease slightly from $15.44 million in 2017 to a projected $15.37 million next year. There are 113 uniformed officers – from beat patrol to the chief – which is the most in recent memory.

The lieutenants are in a union, and there is currently a memorandum of understanding with the town for a new contract.

The Public Health Department, which includes Emergency Medical Services, will increase to $4.2 million in 2018 from $4.1 million this year.

The Library is also included in the general fund, and without the infrastructure improvements, which will be rolled into the town’s debt service, spending to operate the library is projected to shrink by about $38,000 to just under $2 million.

The town’s capital plan for other infrastructure improvements is also outside of the budget. Rather, the town bonds for capital improvements but only borrows about 11 percent of the maximum it is allowed to borrow. In 2018, the town is projecting to pay $2.1 million in debt service.

Development has a hot button topic, but Kelsey said the state tax cap is a limit on the tax levy, or how much revenue the town can accumulate, so as new buildings come on the tax rolls that additional money lowers what everyone else will have to pay and doesn’t necessarily add to the town coffers.

NIGHT and DAY: Jazz at the Lincoln Center and Blockbuster movies

Concrete tanker rolls over in Ravena