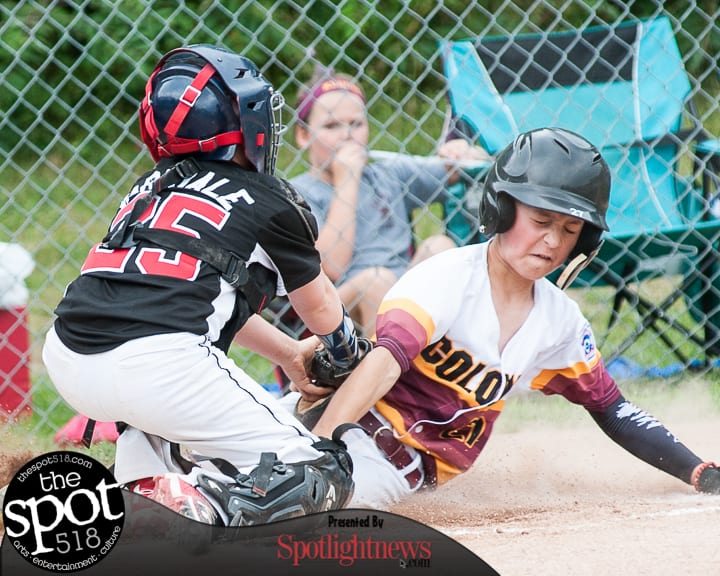 GUILDERLAND – Colonie came within a run on Saturday, July 22, but ended up losing to Great Kills National, of Staten Island, 9-8 in the first round of the New York State 8-, 9- and 10-year-old Little League Championship.

The Colonie team was down 9-3 headed into the sixth and final inning and had bases loaded with one out but the team from Staten Island got two clutch outs to send Colonie to the losers bracket in the double elimination tournament.

On Sunday, July, 23, Colonie, which is representing District 13, eliminated Massapequa Coast and will play Plattsburgh on Monday, July 24, at 5:30 p.m.

Guilderland is hosting the tournament at Keenholts Park that features eight teams from across the state. The championship game is slated for Thursday, July 27.

Check our website on Monday for more details and our print edition on Wednesday.

Click on a photo below to see a full size version of the rest of Colonie vs Staten Island.