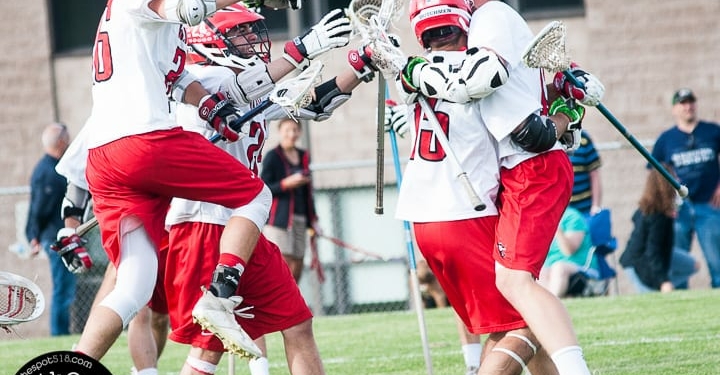 GUILDERLAND – The Dutchmen scored four unanswered goals over the last 12 minutes of the Class A quarterfinals against CBA, and then scored about a minute and a half into overtime to win the game 8-7.

Guilderland was led by Connor Quimbly with four goals and two assists while Tucker Peceri had three goals, including the game winner in OT. Anthony Sericolo chipped in a goal and two assists and Joseph Foley had an assist for the No. 3 seed Dutchmen.

Nolan Aery had three goals for the No. 6 seed Brothers, while Luke Anthony had two goals and an assist. Luke McMahon and Jake Manion each had a goal and Anthony Pizzola had two assists.

Darrian Poole had 17 saves in goal for CBA and Sean Heller had eight for the Dutchmen.

Guilderland will travel to Shenendehowa, the No 2 seed that got a bye in the first round, on Friday, May 26, at 4:30 p.m.