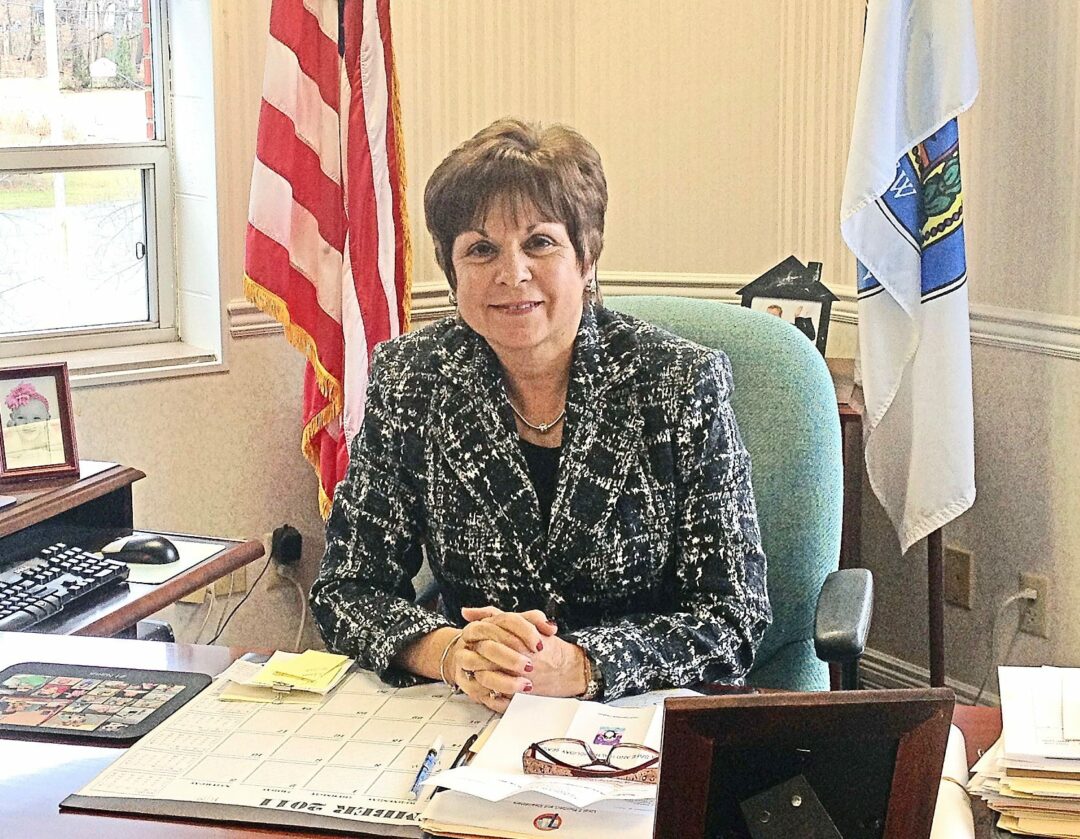 COLONIE – Supervisor Paula Mahan is seeking a sixth two-year term and is heading up a slate of Democratic Party candidates running for town office this year.

“I look forward to continuing our success,” she said in a statement. “We have an outstanding quality of life, excellent resident services, and low taxes. We put the Town back on solid financial ground, and now we are actively rebuilding our infrastructure for the future.”

She will be challenged by Frank Mauriello, the former Colonie Town Board member and current minority leader of the Albany County Legislature who received the GOP endorsement last week.

Mahan was first elected in 2008 after beating incumbent Mary Brizzell. She now touts of record of eliminating a $21 million deficit, building a $4 million reserve and making investments in the town’s water and sewer system, road and recreational facilities.

“Working cooperatively with every Town Board member and fostering mutually supportive interactions among town departments has enabled us to move steadily forward,” she said. “The end result is that we have positioned the town to move confidently into the future.”

The Democrats, during a committee meeting at the Polish Community Center, also endorsed incumbent Linda Murphy and newcomers Brian Austin and Melissa Jeffers Von Dollen for the three Town Board seats up for grabs and Alison McLean Lane, who previously announced her candidacy for town clerk.

Murphy is running for her third term on the Town Board.

“As I complete my second term on the Colonie Town Board, I am so proud to look back at what we have accomplished,” she said in a statement. “Our Town no longer has a huge deficit and we have laid out plans to bring our infrastructure up to date. We, also, have complied with our governor’s tax cap, which enabled our residents to receive a tax rebate.”

Austin is a 26-year educator in the North Colonie School District making his first run for public office.

“I truly feel that we live in one of the finest towns in the country and wish to see that continue and get even better,” he said. “I believe communication is the key to a successful organization and will work my hardest to be available for every person in the town.”

“Being a lifelong resident of Colonie gives me an advantage to better analyze the issues that come before the board and ensure that the decisions being made are consistent with the residents’ expectations as well as the amenities that the Town of Colonie currently offers,” she said. “Additionally, as a recent graduate with unique international government experience, I look forward to bringing a fresh perspective that will benefit the future of our town.”

Republican David Green is looking for his second term on the board and was endorsed by the GOP. Mark Mitchell and Christine Badger Mele were endorsed by the Republicans for their first run at elected office.

As expected, the Democrats also endorsed McLean Lane to run for town clerk, an opening created when Elizabeth DelTorto opted to retire after 20 years in the position. McLean Lane unsuccessfully challenged DelTorto in 2007.

“I have spent the last 10 years handling Colonie resident services in both Supervisor Mahan’s office and the New York State Assembly, and the 15 years prior in private industry,” she said. “I hope to bring the same high level of service to the clerk’s office that my fellow residents expect, as well as to modernize the office and explore new services, such as passport services and offsite dog licensing and vaccination clinics.”

She will run against Julie Gansle, the clerk of Colonie Town Court who received the GOP endorsement last week.

The Democrats do not have anyone to run against Judge Norman C. Massry or Judge Andrew C. Sommers or for Receiver of Taxes C. Michele Zilgme.