Changes made to Lockrow Blvd. project in Colonie 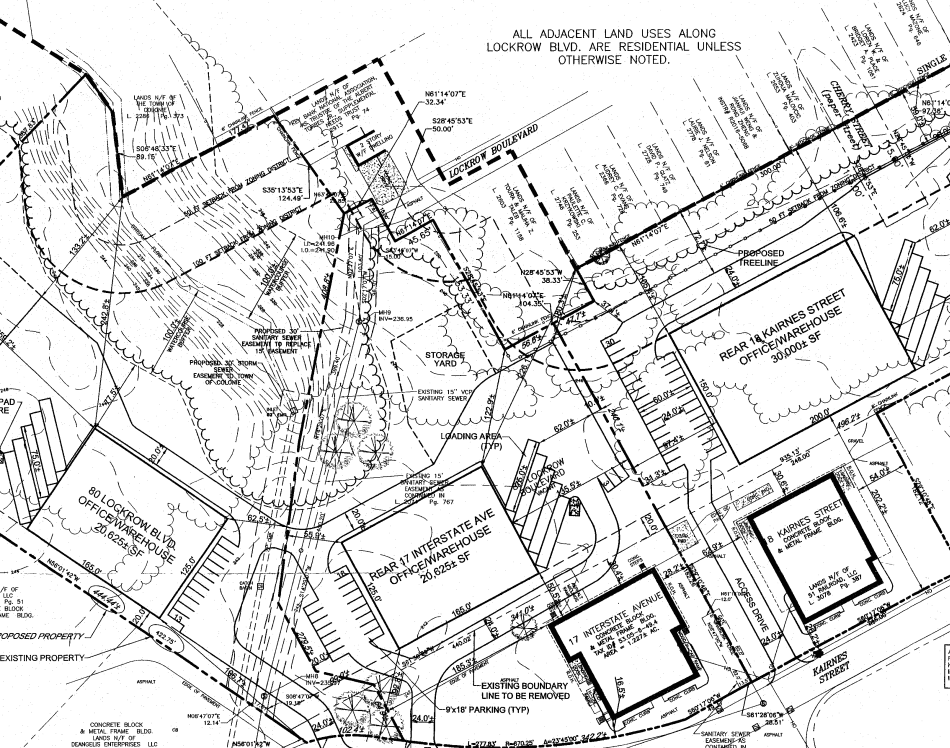 COLONIE – There is a change of plans for 10-plus acres off Lockrow Boulevard.

Initially, Luizzi excavating wanted to use the land for storing earth moving equipment, other machinery and materials for its business.

Neighbors weren’t too happy with that proposal so at the Planning Board meeting on Tuesday, May 9, a representative for Luizzi, Victor Capanera, presented a new plan which includes building three warehouses.

“I’ve been living on Lockrow Boulevard for 13 years and all of a sudden Luizzi started storing rocks, debris and road spoils and there and there is a lot of noise,” said Kevin Devlin after the presentation. “You can’t even sit outside in the summertime in the nice weather when you have to listen to that.”

The board seemed amenable to the plan and gave a preliminary OK to the sketch plan presented by Capanera. The project will need to come back to the board at least once more for before construction can start.

“This goes back a few months and based on the neighborhood concerns, who said they did not want any outside storage, he agreed to change his original plan,” said Joe LaCavita, the director of the town’s Planning and Economic Development Department. “The zoning fits the warehousing and he decided to go that route.”

Neighbors remain skeptical but are happier than they were.

“Before he wanted storage to park equipment, which means there would be more trucks and loaders and we didn’t want that either,” Devlin said. “I understand we have to give a little but they should know we live there and it was never this noisy before so that’s our issue. I’m not as happy as I should be but hopefully it won’t be as noisy as it could have been.”

HEALTH and FITNESS: Better than food?

‘Never Hang Up Your Gloves’