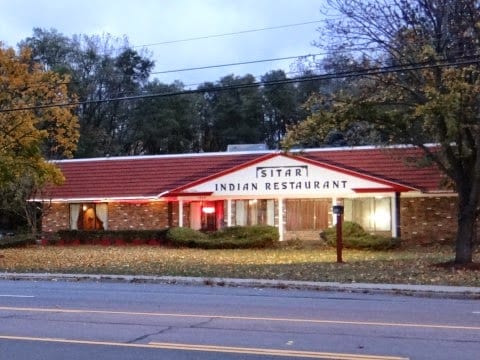 COLONIE – There is a proposal in front of the Planning Board to demolish the former Sitar Restaurant on Central Avenue to make way for an O’Reilly Auto Parts store.

The Planning Board, on Tuesday, May 9, approved the concept of the plan to build the 15,650-square-foot store at the site but the process has just begun, said Director of Planning and Economic Development Joe LaCivita.

O’Reilly will have to come back to the board at least twice more to explain the infrastructure component – water, sewer, drainage, ect. –  and then for a final site plan review. According to the narrative, all utilities are currently available from Central Avenue or along the rear of the parcel.

The Planning Board will need to grant a number of waivers to the project as it stand now too including allowing parking in the front of the building and allowing 66 parking spots instead of the 78 required for a building of this type and size.

O’Reilly’s is a national chain of automotive parts and supply stores with more than 4,820 locations. If it meets approvals from the board, when complete, the store will be located across Central Avenue and a bit west of the massive Car Max used car dealership that opened earlier this spring.

“They are not currently in the market and they want to make a splash … they want to compete with the advanced and Pep Boys and the others who are here,” LaCivita said.

Sitar closed in August, 2016 after serving Indian food for more than three decades. The current building is 5,250-square-foot, and sits on a little more than an acre and a half.

No shoulders, no sidewalks and a lot of traffic makes Albany Street a dangerous road