No shoulders, no sidewalks and a lot of traffic makes Albany Street a dangerous road 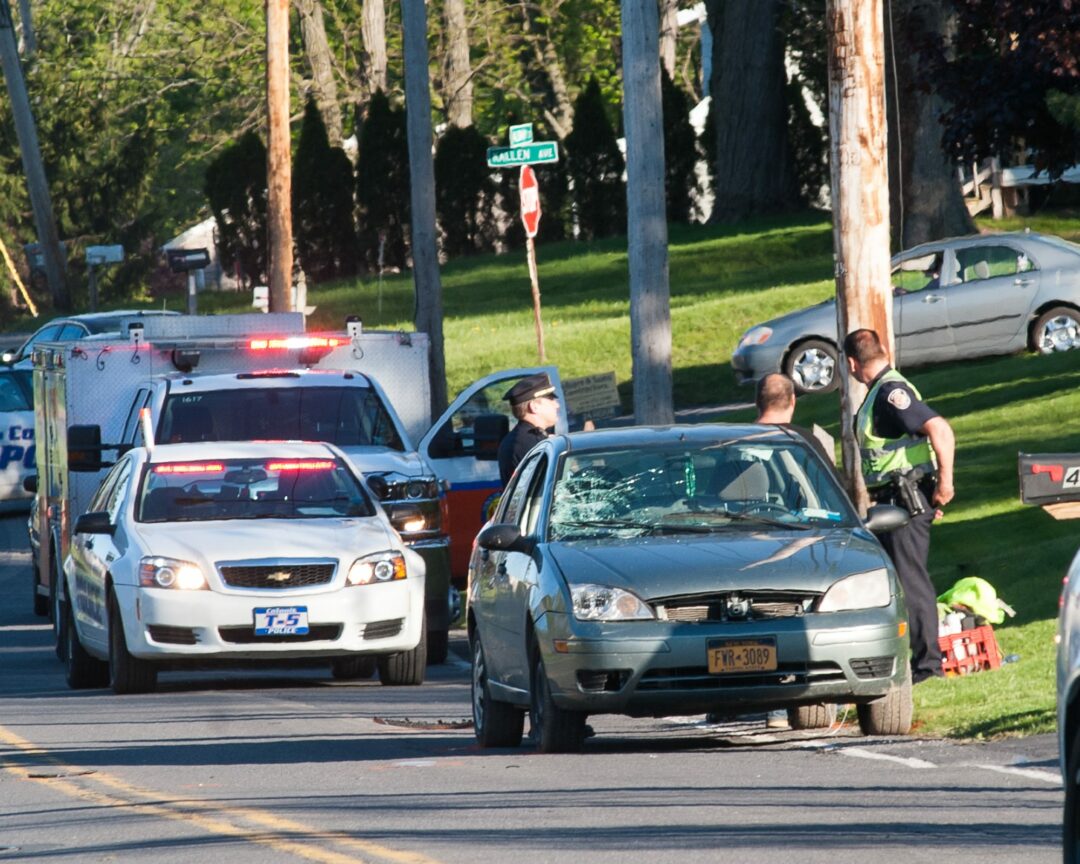 COLONIE — For years, Albany Street has been a way for drivers to avoid the traffic and lights along the much more congested Central Avenue. But, over the last two decades, development along the south side of the street has boomed and the road hasn’t changed a bit.

“Speeding is an issue but it’s an issue in different parts of town too,” said Brian Rubino who lives on Runnell Drive, near where 15-year-old Madison Dunlap was hit by a car while walking her dog on Thursday, May 11. “What is really bad are the shoulders. There is little or no room for pedestrians anywhere on the side of the road. Zero. There are the white lines and then there is like two inches of gravel so it’s treacherous for anyone walking along Albany Street.

“As the area has been built up, the road has not kept pace with the number people.”

He said sidewalks would be an ideal fix, but simply widening the road to accommodate a decent size shoulder, on at least one side, would help matters.

Dunlap was hit by 42-year-old Randy Bouley at around 4:30 p.m. She was given CPR at the scene and was transported to Albany Medical Center Hospital where she remains in critical, but stable condition.

According to posts by her mother on social media sites, the Colonie High basketball player has broken bones in her face, arm and leg and while the prognosis is positive, she will need multiple surgeries before a full recovery is possible. Her lung did collapse and doctors were forced to induce paralysis so her body can relax, and allow her lungs to heal before doctors can attempt any surgical procedures.

There is a crowdfunding page set up to help the Dunlaps through what will be a long recovery.

Bouley did immediately stop, turn around and call 911, said Lt. Kenneth Pero of the Colonie Police Department. Drugs and alcohol were not a factor, he said, and while the investigation is ongoing, Bouley has not yet been charged or ticketed. He was allowed to leave the scene with a third party who came to pick him up.

As for Albany Street, Pero said the town is well aware it’s used to avoid Central Avenue and is aware people often speed along the road. That’s why, he said, Albany Street is included as part of a $30,000 Governor’s Traffic Safety Committee Grant awarded the town to step up enforcement on specific problem roads. Other roads covered in the grant include Route 9, Central Avenue and Fuller Road.

“We have started more enforcement on Albany Street and we are trying to get that message out to get people to slow down,” he said. “We have been out there, and we will continue to be out there targeting aggressive drivers throughout the year.”

He did say, patrols do not report any more or less drivers speeding along Albany Street than any other street that runs parallel to a major thoroughfare like Central Avenue or any other street covered in the grant.

Similarly, Rubino said he hadn’t seen an increase in patrols or speed traps on Albany Street prior to the accident.

“I don’t see a huge police presence on the road. I don’t see radar traps or traffic stops,” he said. “That would certainly help matters, but I think the shoulder and the pedestrian friendliness of the road needs to be addressed along with any speed issues.”

Pero said it’s impossible to know if Bouley was speeding, but one resident of Albany Street, Manon Sikes, who 18 months ago bought a home near Runnell where Dunlap got hit, said a couple stop signs or speed bumps would help to slow down drivers looking to avoid Central Avenue.

“It’s definitely a busy road and people fly by on it all the time, all night long,” she said. “On Albany Street you have long stretches of road with no reason for people to stop or slow down so they just keep going and they just keep hitting the gas. Stop signs or speed bumps would be great, so then they would really have no choice but to slow down a little bit.

“I’m a runner and while I tend to run in the neighborhoods, I start and finish my run on Albany Street and it’s just not a safe place.”

Options, though are limited, said Department of Public Works Commissioner Jack Cunningham for a number of reasons.

Speed bumps are not feasible because plows chew them up in the winter. And stop signs might disrupt the flow of traffic, but if not properly placed can do more harm than good with people blowing through them if unexpected and if they do stop, rapidly speed up to make up for lost time.

The biggest challenge, though, is the town does not own any right of way on either side of the street like other streets in town. So to widen the road or install sidewalks would require the town to purchase land from the individual homeowners.

“Albany Street is a very old road and our options are limited because taxes are capped and funds are limited,” he said. “That said, we are looking at the area like we look at all the areas in town. Before the accident it wasn’t on the radar screen not it is on the list of those we will take a closer look at.”