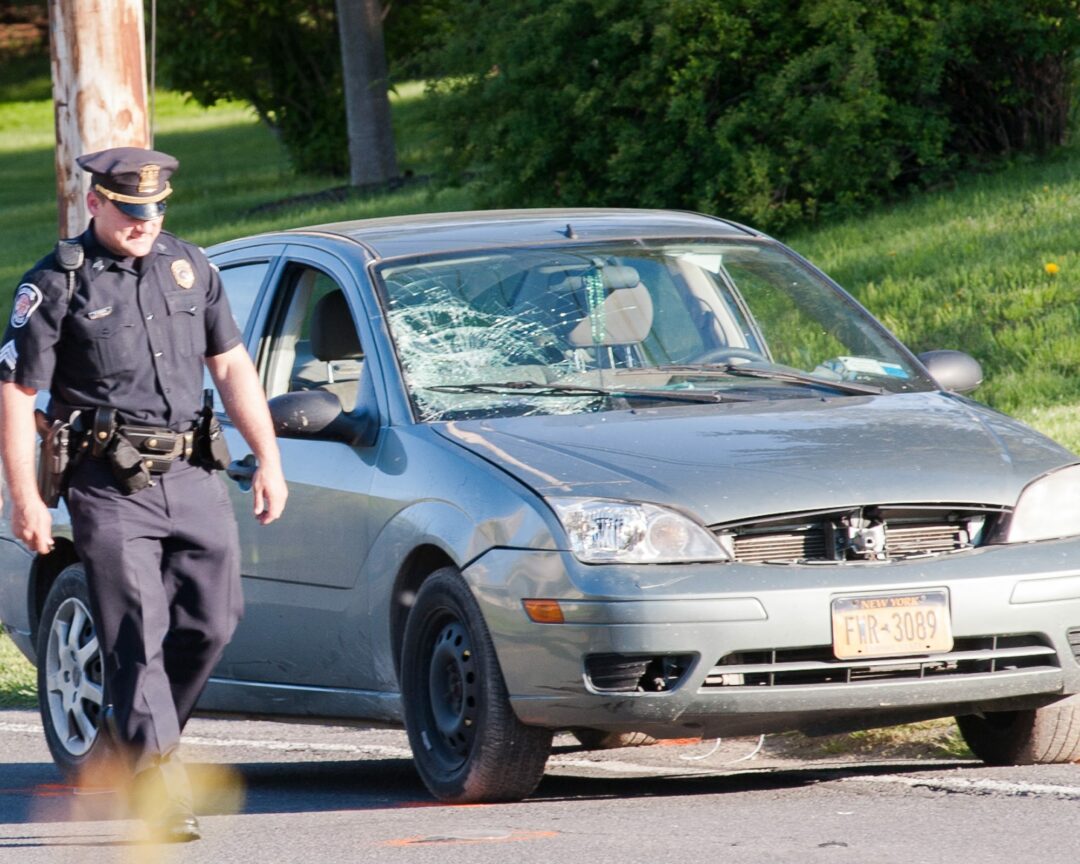 A Colonie police officer walks by a 2005 Ford on Albany Street. (Photo by Jim Franco/Spotlight News)

COLONIE – A 15-year-old is in critical but stable condition at Albany Medical Center Hospital after getting hit by a car while walking her dog on Albany Street.

According to Lt. Kenneth Pero, Madison Dunlap was walking against traffic, as pedestrians are supposed to, near Runnel Drive when she was hit by 42-year-old Randy Bouley, of Colonie.

Bouley immediately turned his 2005 Ford Focus around and called 911, according to Pero.

Dunlap was given CPR on the scene and transported to the hospital.

The dog was killed.

The investigation is ongoing, and a portion of Albany Street was closed while an accident reconstruction team was on the scene.

It’s unclear if Bouley was ticketed but he was allowed to leave the scene when a third party picked him up.

Anyone who witnessed the accident is asked to call Colonie police at 783-2744.

Seven cases of whooping cough reported in Bethlehem schools, county officials say “outbreak” is not cause for alarm

Troy BID announces Rockin on the River schedule for 2017