Colonie to air Town Board meetings 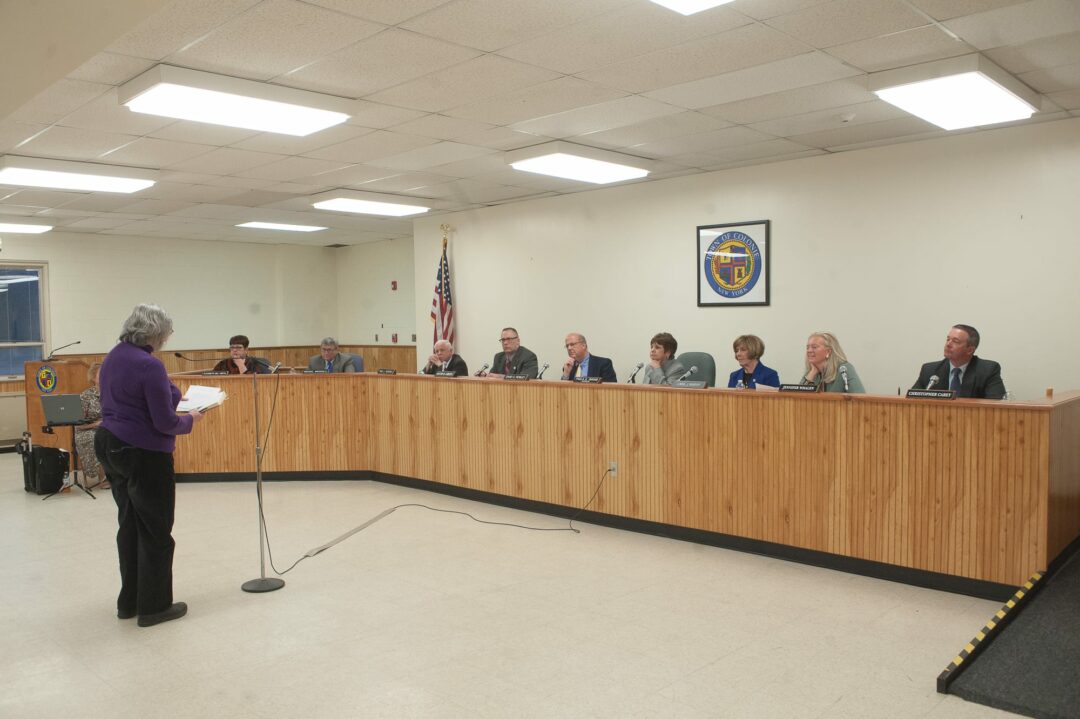 A recent Town Board meeting (photo by Jim Franco/Spotlight News)

COLONIE — Coming sometime this summer, the Town Board’s meetings will be taped and aired to the public in their entirety.

The particulars are being worked out, but “we are currently looking into it,” said Supervisor Paula Mahan. “We had looked into it in the past and at the time we had so many other priorities with the fiscal issues but we are now at a point of revisiting it.”

She is not sure when the town will start airing the meetings, but said it would be sometime this summer.

It’s unclear if the meetings will be aired live on the town’s Spectrum channel, which the cable provider once known as Time Warner provides, or if it will be taped and then broadcast on the website.

Unlike some municipalities in the Capital District, the franchise agreement negotiated with then Time Warner, which expires in 2022, did not include the appropriate infrastructure to broadcast live from town hall. Verizon, the other service provider, will not agree to anything more than what Time Warner agreed to, said Town Attorney Michael Magguilli.

“One of the problems we ran into is the infrastructure being from 1964 and the cost of upgrading the wiring,” said Deputy Town Attorney Alegra Edleman, who headed up the franchise agreement negotiations. “The cameras are not a problem, but the electrical system is.”

The town could go ahead and run the necessary wiring from town hall to air the meetings live, but it’s cost prohibitive at this point in time, Magguilli said.

The town does have the ability to broadcast live from the William K. Sanford Library thanks to equipment provided by Time Warner as part of the current franchise agreement, as the library has more up to date wiring and infrastructure than the older Town Hall.

“It will happen sooner rather than later. Why can’t we get a camera and a tripod and put it up on the website?” she said. “It’s about transparency, and we really should have the board meetings recorded and broadcast so people can catch it another day if they want and for people who can’t get to Town Hall and still want to know what is going on around town.”

She said she is not adverse to having the meetings at the library and broadcasting them live until something is worked out at Town Hall.

While she is confident that Mahan and the department heads will sort out the details, she said if it does take too long, or if the idea again goes by the wayside, she would introduce a resolution to force the issue legislatively.

Mahan said she and her staff are currently gathering information and will soon start to look at vendors to see what kind of equipment is out there. More camera equipment could be part of the next franchise negotiations, but that will be years before a new agreement is in place and Mahan estimates the town could do it for between $5,000 and $10,000.

“We are checking out equipment and seeing what will work in the board room so we can make an informed decision,” she said. “We want to get this done as soon as possible.”

Juggling day jobs takes time away from the music, but Holly & Evan keeps an eye on the big picture