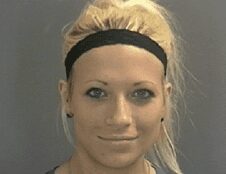 ALBANY – A Watervliet woman was sentenced to up to four years in prison on Thursday, April 6, after pleading guilty to aggravated vehicular assault and driving under the influence of drugs.

On May 18, 2016, Kathryn Ellison crossed the double yellow lines on Delatour Road in Colonie and drove into traffic coming the other way. She struck a vehicle head-on and caused “significant injury” to the victims, according to District Attorney David Soares.

She was found to be under the influence of multiple drugs including alprazolam, better known as Xanax, clonazepam and methadone.

The victims, including a passenger in her car, were treated for their respective injuries and released.

She will spend between a year and a third to four years in prison, pay a $1,000 fine and have her license revoked for at least a year.